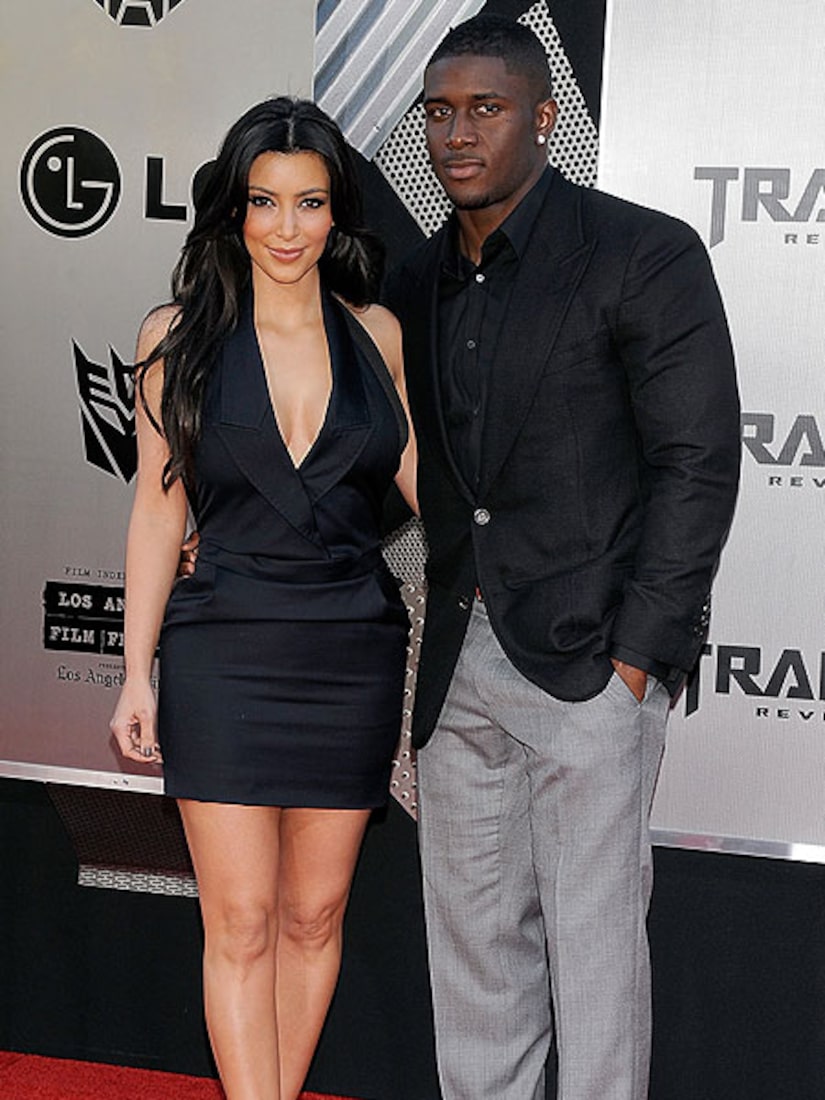 A source close to the pair tells E! Online that they mutually decided to part ways a few days ago and have agreed not to discuss the split in public.
They decided to split after a Costa Rican getaway in early March, reports Life & Style. "It happened shortly after the trip," said an insider. "It was a make-or-break vacation, and things just didn't work."

Kardashian, 29, and Bush, 25, have been dating on and off since 2007, but rumors of the running back's cheating have been circling for weeks.

Footballer Reggie was reportedly making passes at a brunette at Robin Thicke's 33rd birthday party last weekend in NYC, while Kim was in Miami.

This isn't the first split for the couple; Kim and Reggie ended their relationship in July 2009, but got back together in October. Reality bites.