"When you're addicted, you have to do it every day, and thank God I don't do it everyday ... I like to do it all in one day ... knock it out," Montag said Friday during her appearance on "The Tonight Show With Jay Leno." 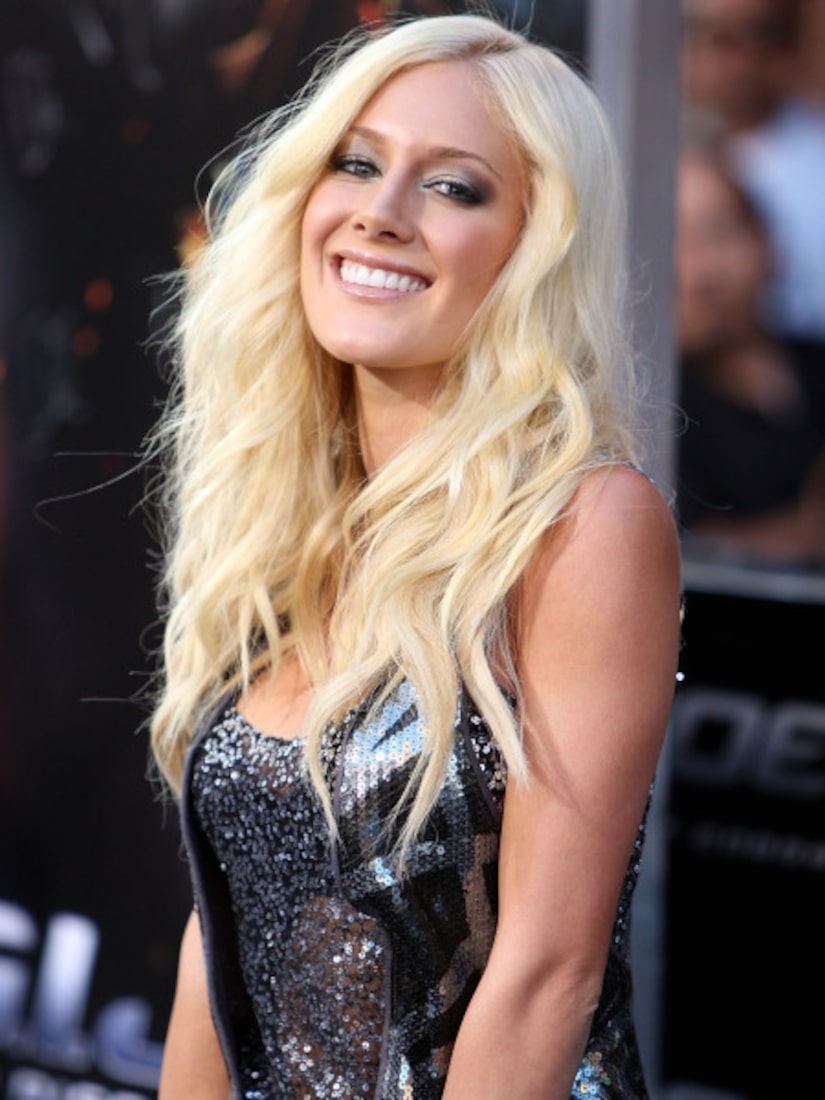 Montag recently went under the knife, having 10 plastic surgery procedures in one day. Although she admits to wanting a third breast enhancement, she tells Leno it's not possible. "I legally can't right now. The limit is 800cc and I have 700cc... I think I've reached the point [where I can stop]. I think I'm good for awhile. I'm surger-ied out."

See photos of Heidi and Spencer through the years

"The Hills" starlet made a cameo in the upcoming Adam Sandler flick "Just Go With It" and says that her surgery is the butt of jokes. In the film, Montag said Kevin Nealon "has had more surgery than I have ... so we kept playing around with who has more injections."

Last week the reality star fired her new manager, psychic Aiden Chase. "It just wasn't feeling right," Montag told Leno. "I just wanted to be in charge as a woman in my own business. I don't really want men telling me what to do and where to go so I said, 'You know what? As a woman I'm going to take control of my career.' "