So far, it's radio silence from Sandra Bullock -- she isn't saying anything about the alleged affair involving her husband, Jesse James. 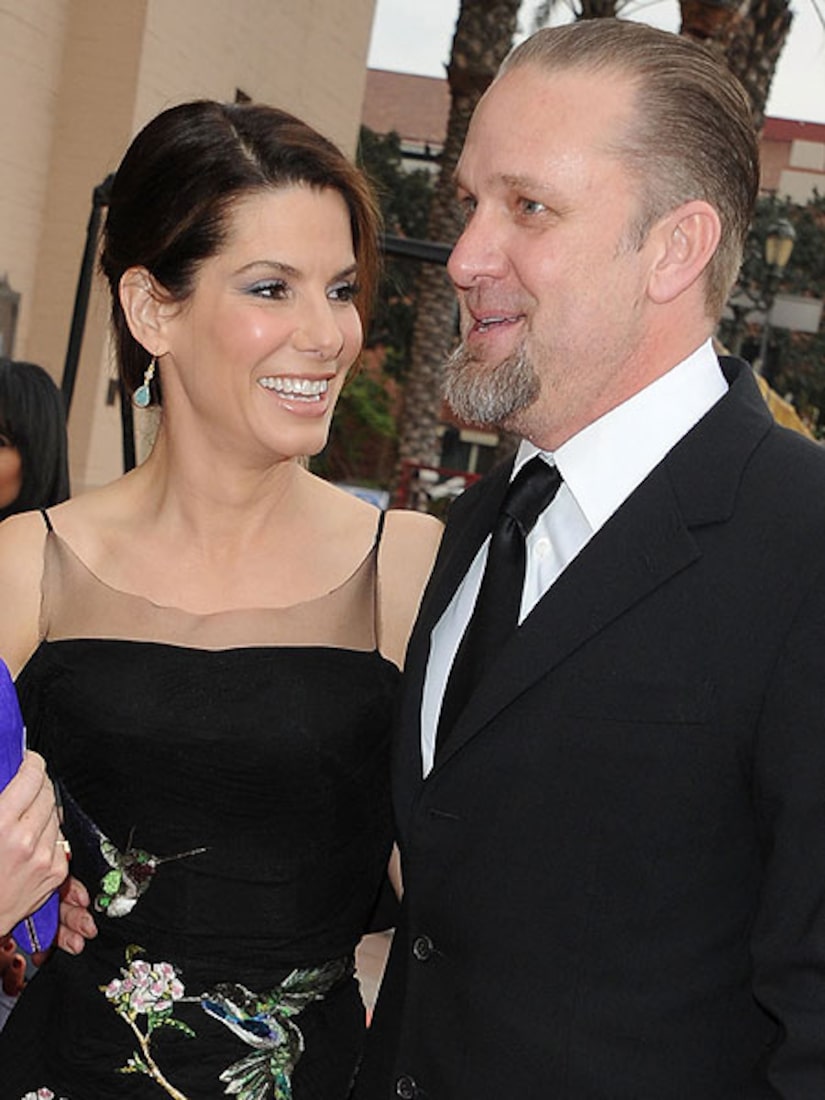 She moved out of their L.A. home Wednesday night before the story heated up, but has not been heard from since. James, however, issued a statement yesterday, claiming the "vast majority" of the allegations were "untrue and unfounded," but he also apologized to his wife and children "for my poor judgment" -- confusing, at best.

In past interviews with "Extra," both Bullock and James have spoken about supporting one another throughout their five-year marriage. "I'm not an easy person to know," Bullock once said. "But it took a man like Jesse to do it." James recently said, "It's pretty easy to support her, 'cause I love her."

Meanwhile, the tattooed lady at the center of the breakup, Michelle "Bombshell" McGee, stands by the exclusive interview she gave to InTouch magazine detailing her affair with James. She was reportedly paid $30K for the story.

In it, McGee said she thought James and Bullock had separated when the affair began. But Danielle Medrano, founder of SoCalGlamourGirls.com and McGee's former boss, tells "Extra" that Michelle knew James and Bullock were still together.

McGee, now a model, claims to have a bachelor's degree in biology and finished two years of medical school, but may have worked as a stripper. She is also the mother of two boys, reports People.com.