Actress Sandra Bullock has left the Los Angeles home she shares with husband Jesse James amid rumors he had had an affair, People.com reports. 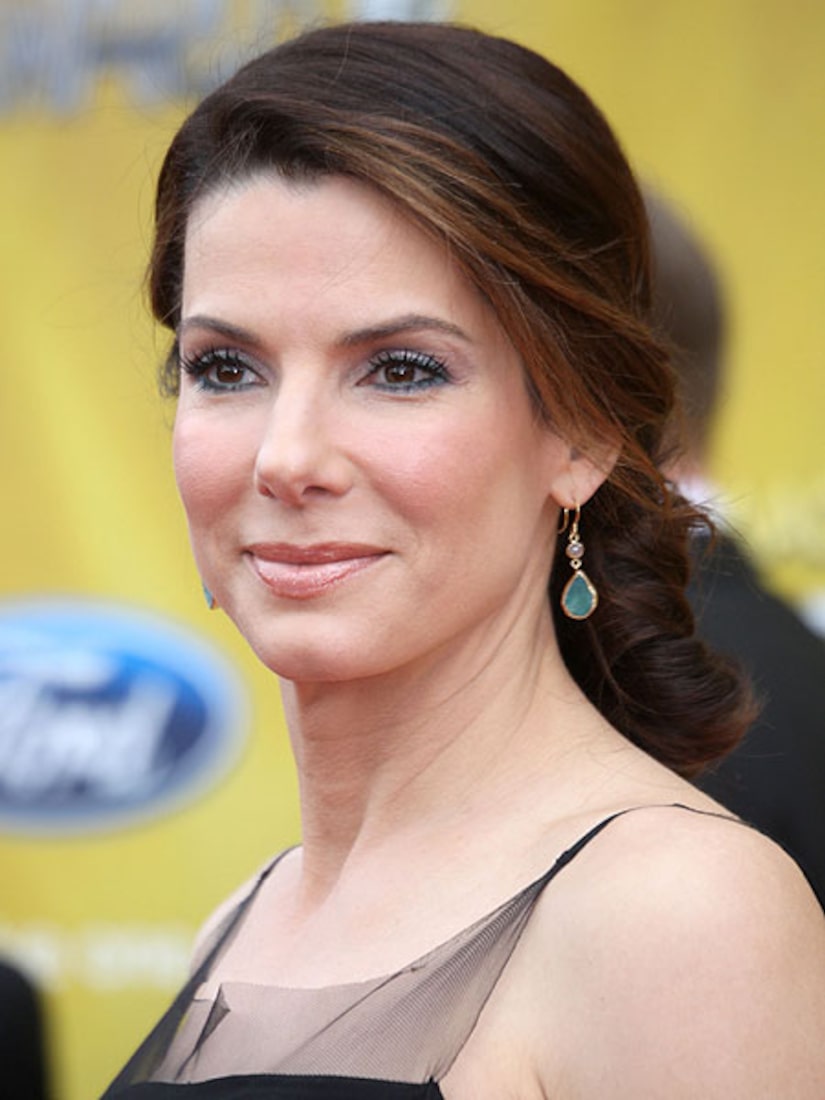 A source tells the magazine Bullock, 45, left on Monday. The Oscar-winning star also abruptly canceled a trip to London to attend the premiere of her film "The Blind Side."

A tattoo model gave an exclusive interview to In Touch magazine, detailing her account of the alleged affair.

Bullock and James met in 2004 during a tour of the set of the James' Discovery Channel show, "Monster Garage." The couple married a year later.

James has been by his wife's side through her awards season ride, culminating with her winning the Oscar for Best Actress. Her emotional speech honoring him and their marriage was a highlight. Watch it here!