Since the news last November of Tiger Woods' infidelity scandal, he and wife Elin Nordegren have not been photographed together. 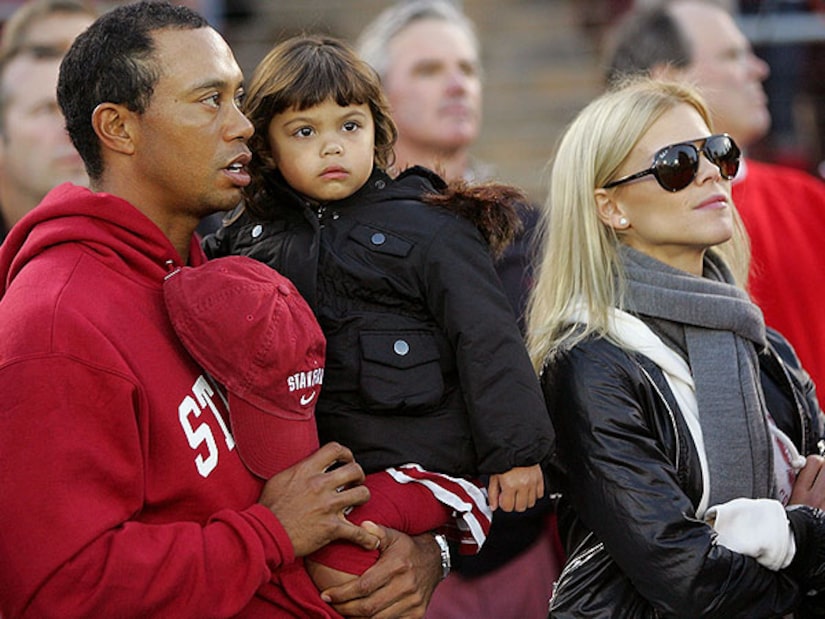 On Tuesday, the New York Post blasted a photo of the couple on its front page, reporting that it was taken at their Isleworth, Fla. home.

In the photo the two seem tense, with Elin trailing a few feet behind Tiger, both with their heads down.

Nordegren is reportedly still living in the house she rented, about a mile away from the home she and Woods once shared.