Actor and activist Sean Penn presented the Oscar for Best Actress on Sunday, but instead of acknowledging the nominees, he did a little improv. 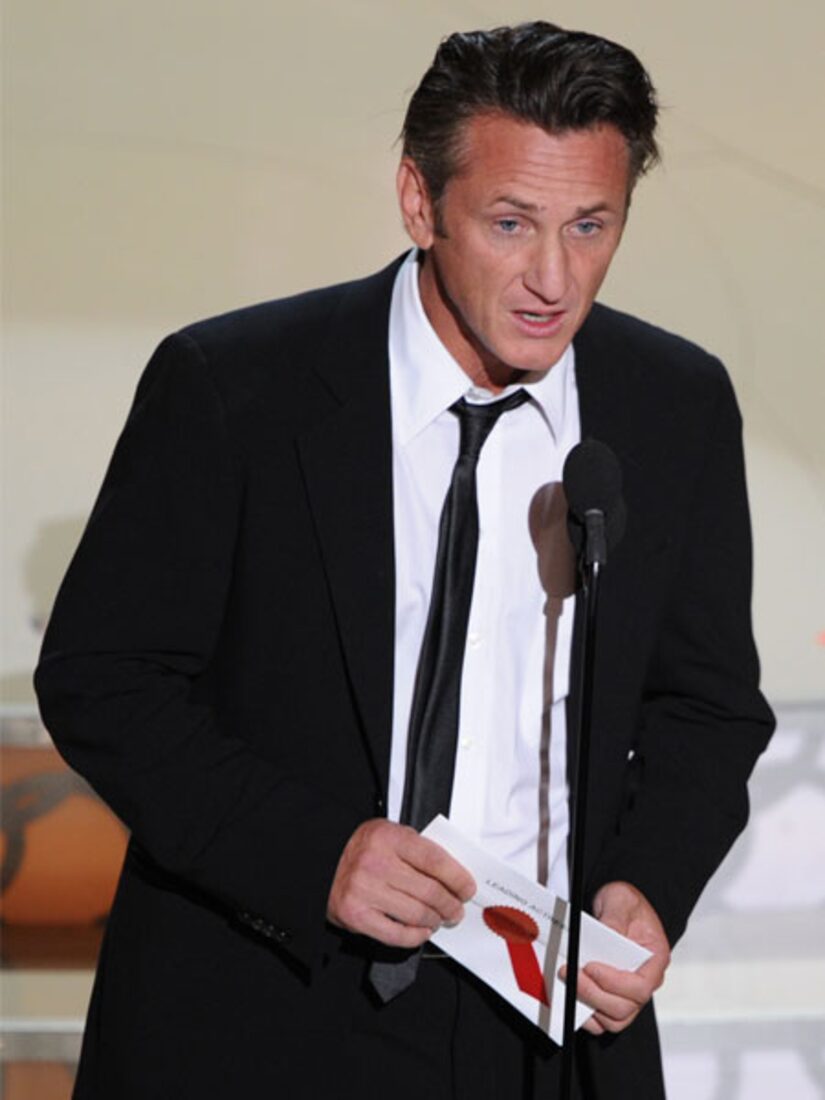 Check out photos from the Oscar red carpet

Reports say the Oscar winner was referring to now ex-wife Robin Wright Penn. While accepting his Best Actor Oscar win last year, he never thanked his wife during his speech, claiming they discussed beforehand that he wouldn't have enough time.

Robin Wright was thought to be a shoo-in for a Best Actress nomination this year for her performance in "The Private Lives of Pippa Lee," but was overlooked by the Academy.