Would you want Jerry Seinfeld to give you marital advice? He's banking on it, as he readies the premiere of his new primetime show, "The Marriage Ref" for NBC (airing this Thursday at 10 PM). 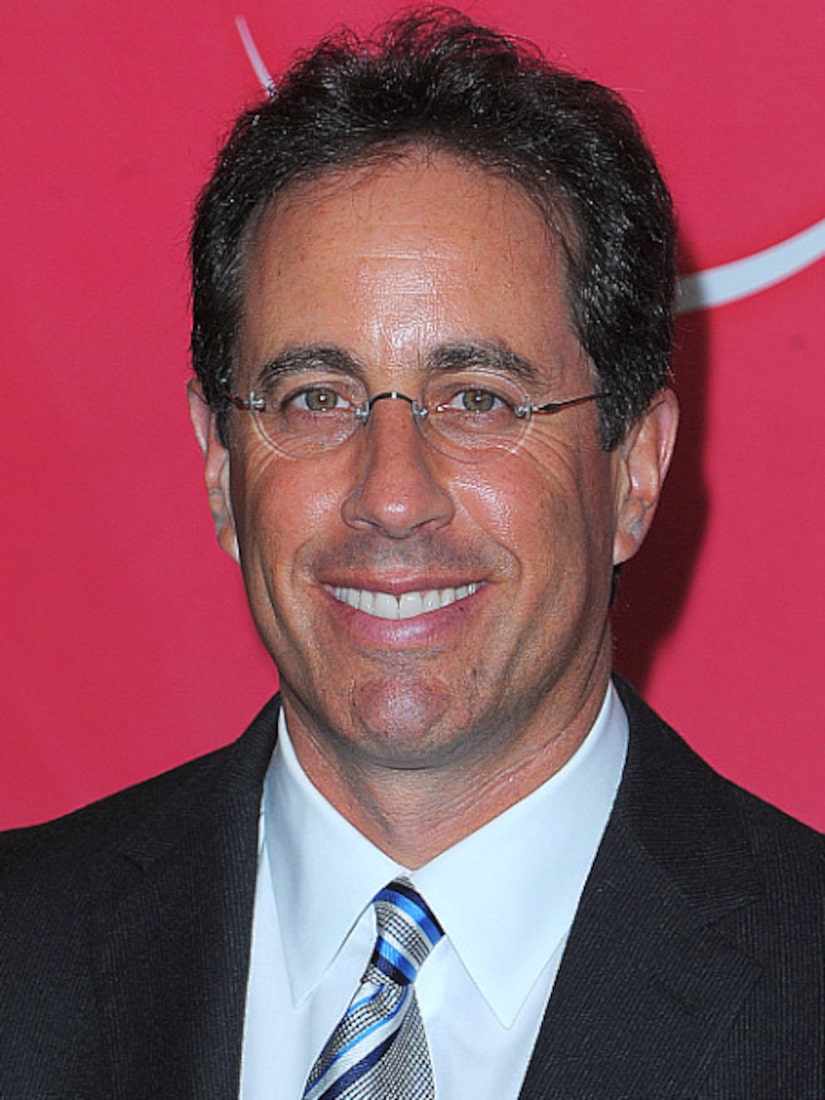 Seinfeld sat down with "Extra" to chat about the show and how he came up with the idea. "I was having an argument with my wife and I just thought this is just... if there was one third person here this could end right now. Any reasonable person would come in and see that I'm right and she's wrong," said Jerry.

The show will focus on real-life couples and their marriage spats, as a celebrity guest panel and audiences weigh-in on the cases. The host is comedian (and Seinfeld friend) Tom Papa, who serves as the actual Marriage Ref and will have the final say in determining the victor of each spat. Some upcoming celebrity judges include Alec Baldwin, Kelly Ripa, Madonna, Larry David, Eva Longoria and Tina Fey.

"Extra" asked Seinfeld how he would handle one of the more public problem marriages at the moment; Tiger Woods and Elin Nordegren. Seinfeld isn't convinced there's anything wrong. "Tiger's going to his therapies and Elin is thinking about whatever she's thinking about. I really don't see any problem."

What about Seinfeld's own marital woes? "My wife hates my jeans. That's one of my biggest problems. She thinks they're like mom jeans or something," Seinfeld admits. "I will not leave the Levi's brand. I'm very loyal to Levi's, I grew up in the '60s, and that meant something to us back in those days. I will dress any way she wants when we go out. I'll show her two ties if she wants. But I'm not changing jeans."