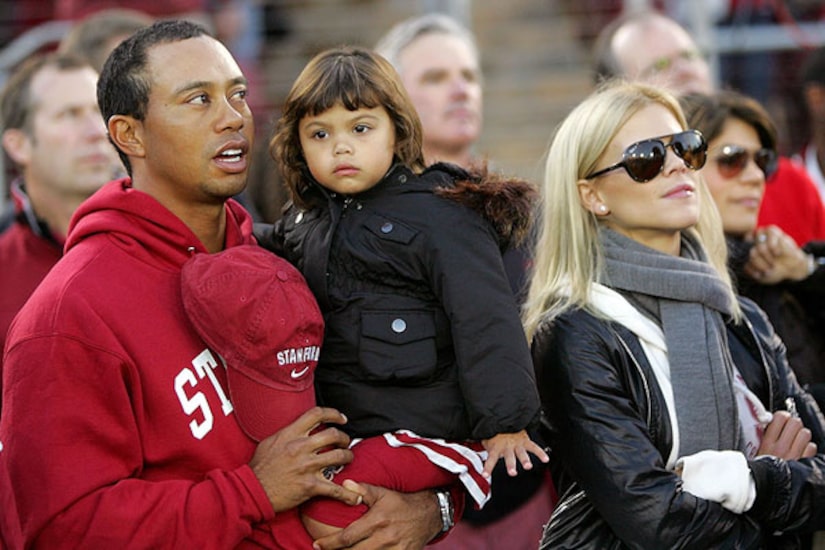 The golf pro's private jet was spotted arriving in Orlando with Nordegren at approximately 8 PM EST. Woods reportedly remained in Arizona where he will be undergoing daily in-home therapy sessions.

The couple is believed to have spent the week together in Arizona with their children, following Woods' televised press conference.

Golf Digest is claiming that this is not the first time since the scandal broke that the two brought their family together. The magazine reports that Nordegren and the children spent Christmas with Woods at a family home in California.

Radar also reports that Elin refuses to move back to the couple's mansion. She is staying at a rented home close to Windermere.