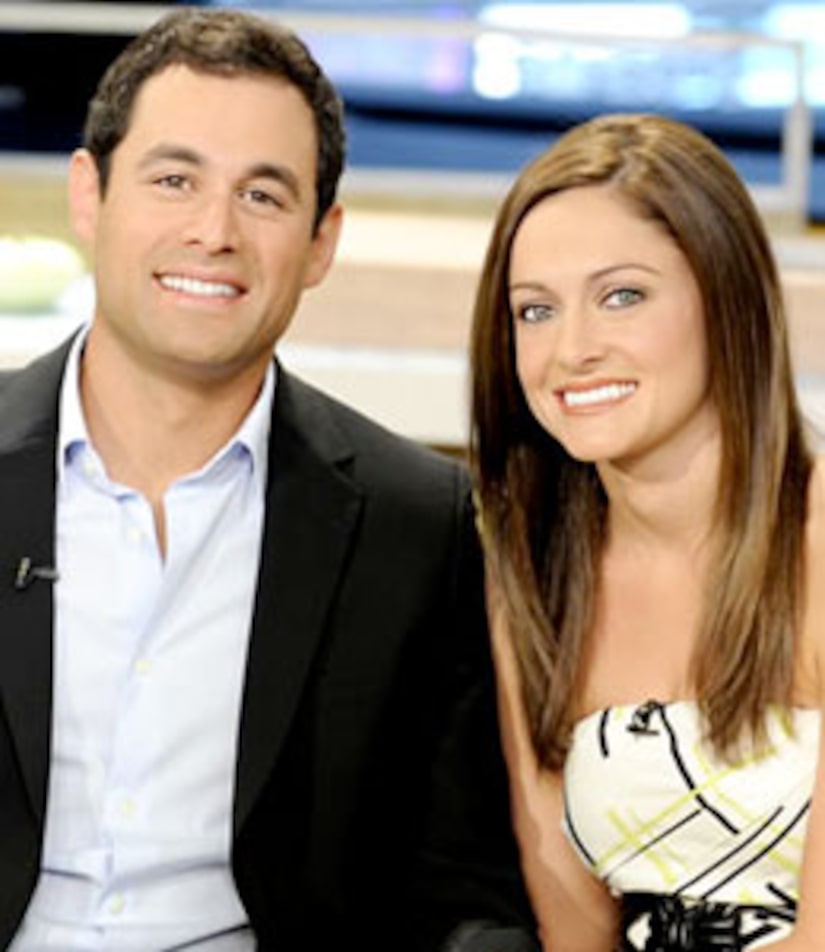 With the waves crashing below them, former Bachelor Jason Mesnick and his second-choice love Molly Malaney tied the knot Saturday in California.

In front of 300 guests and a host of TV cameras, the two were married at the posh Terrenea Resort in Rancho Palos Verdes, Calif.

People reports the guest list included former "Bachelorette" couples Jillian Harris and Ed Swiderski and Trista and Ryan Sutter. DeAnna Pappas, who dissed Mesnick on a previous season of "The Bachelorette" was also there, as well as Jesse Csincsak and Kiptyn Locke. "American Idol" finalist Jason Castro sang "Over the Rainbow" as Malaney walked down the aisle. Melissa Rycroft, who Mesnick famously broke up with on camera, was not in attendance.

Can't wait to see the wedding for yourself? "The Bachelor: Jason and Molly's Wedding" airs on ABC Monday, March 8.