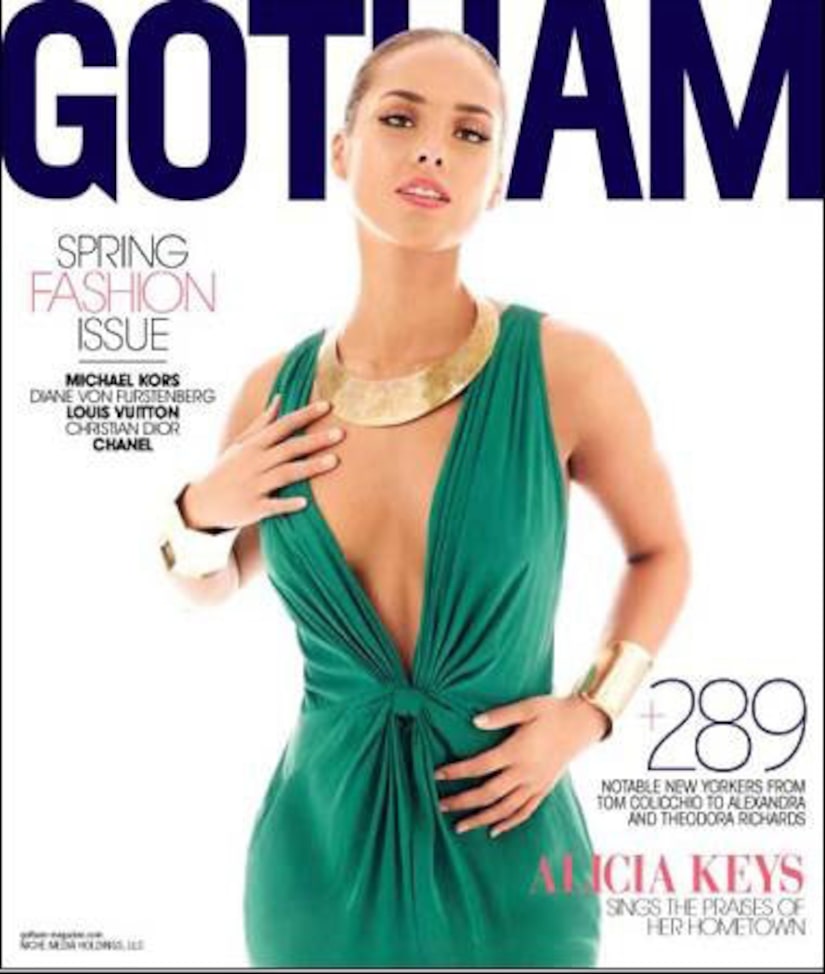 R&B sensation Alicia Keys dishes about love and sings praise about her hometown in the March issue of Gotham magazine.

Growing up in the city of Broadway lights is what inspired the singer and kept her going she says. "Those bright lights... it did always have endless possibilities, because Broadway was so close. Even thought Eight Avenue was super grungy-drug needles and all kinds of dingy things- Broadway was a lot more creative and interesting and possible."

Keys grew up in a rough neighborhood called Clinton, New York and reflects on the changes she's seen over time. "When I was growing up, it was way darker, way more dismal, way more like the place where all the outcasts lived. So now, to see it more like a tourist destination is really interesting."

The song-bird is a true romantic and admits that the theme of her new album, "Element," is love, lost and found. "Love does play a prominent role in the album because I believe love is the most important thing in the world," Keys says. "It's the one thing we can all understand."

To read more of Alicia Keys' interview check out the march issue of Gotham magazine.