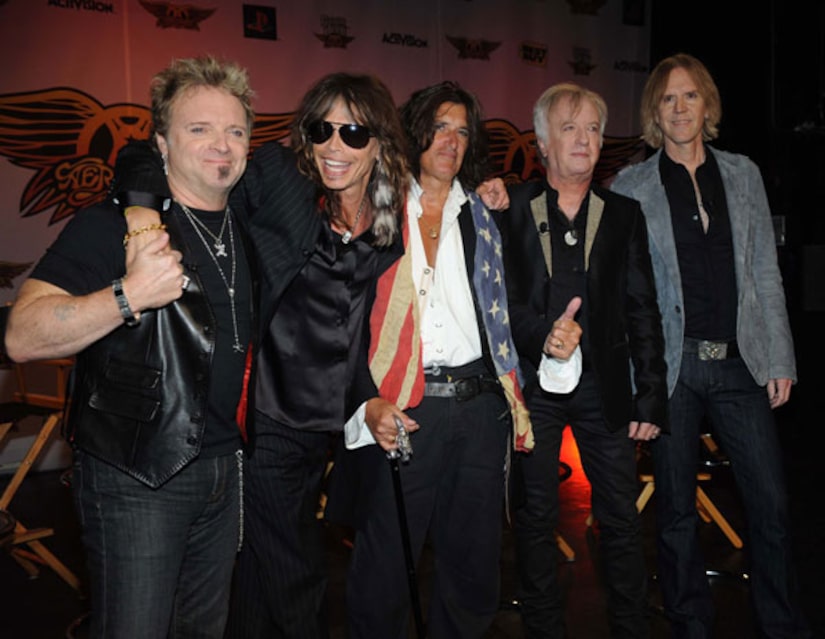 The bad boys from Boston are returning to the road!

The fate of Aerosmith has been up in the air since Steven Tyler fell during a concert in South Dakota last August. The frontman injured his head and neck, and broke his shoulder. The band was forced to cancel the rest of their summer tour.

Later, there was talk of continuing to tour without Tyler, or with a replacement, hinting that all was not right with the band.

But today Aerosmith announced their "Cocked, Locked and Ready to Rock" European summer tour. In a video on the band's website, Steven Tyler says, "We're coming your way and rocking your world! Look out because here we come."

In November it was reported Tyler quit the band, but Tyler said that wasn't true and a month later he entered rehab for an addiction to painkillers.