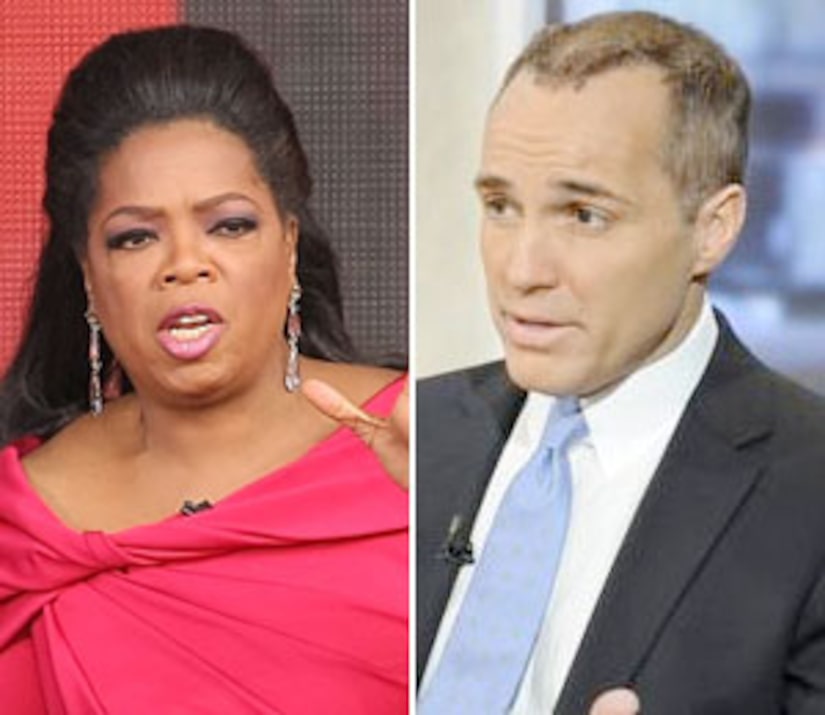 How deep does loyalty go on Capitol Hill? Oprah finds out by grilling author Andrew Young on his shenanigans as an aide to Senator John Edwards.

Young, author of the bestselling novel "The Politician," admits he was willing to take responsibility as the baby daddy to Edwards' love child with Rielle Hunter.

Young tells the talk show host he "truly believed in John Edwards" and loved him "like a brother."

When asked by an incredulous Oprah if he thought he'd get away with being named the child's father, Young replies, "There's a sense that when someone becomes President and they've got all of these billionaires, that they can get away with anything." He also says Edwards asked him to find a doctor who could fake DNA results.

Young claims to have discovered an alleged sex tape Edwards made with mistress Reille Hunter, which reportedly shows the senator having sex with a visibly pregnant woman, which Young details in his book.

"Yes, he is naked. He is performing sexual acts. And the woman is holding the camera. He is aware he is being taped," Young's wife Cheri tells Oprah.

Hunter, a filmmaker, has filed a motion against Young seeking the return of a "very private and personal" tape.

John Edwards has now admitted to everything -- from the affair with Rielle Hunter to fathering now 2-year-old daughter, Frances Quinn. Edwards and his wife Elizabeth have formally separated.

The interview airs on today's "Oprah."