Check it out! Newly-engaged Hilary Duff has a killer rock! 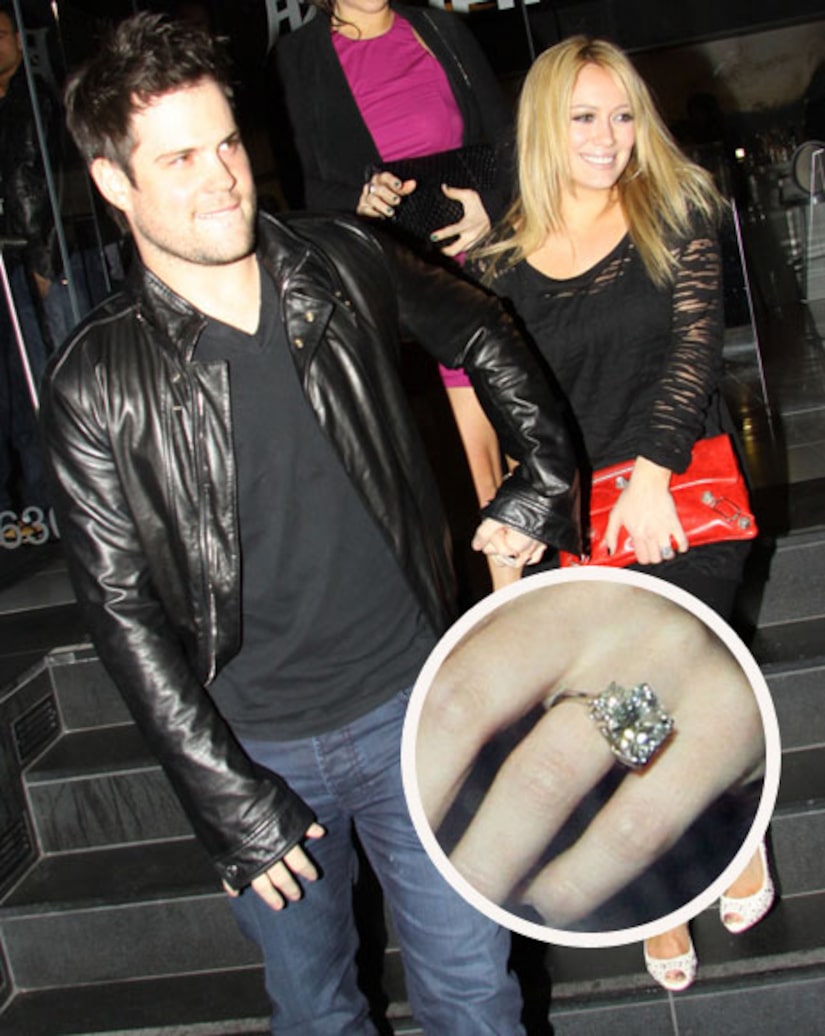 The 22-year-old actress showed off her ring after dining at Katsuya in Hollywood on Monday. It's reported Duff's fiancé, NHL stud Mike Comrie, dropped a cool $1 million for the stone.

See photos of Hilary and other sports stars' girls

Comrie proposed to Duff on Thursday while they were vacationing in Maui.