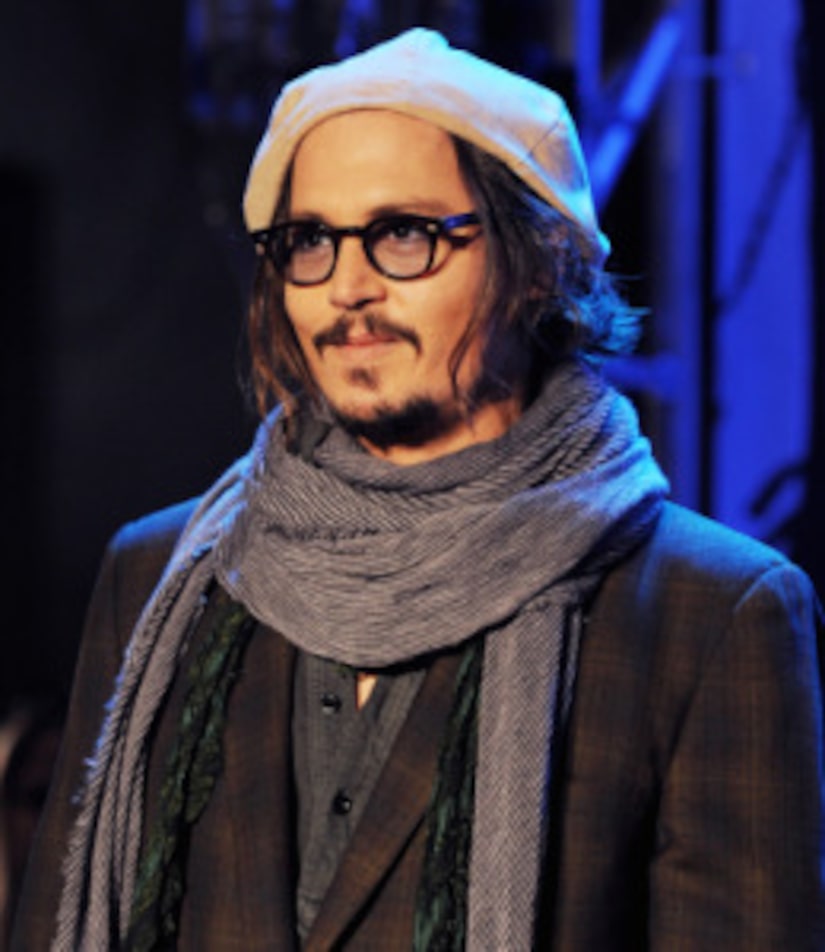 Johnny Depp doesn't even know how wacky he can look on the big screen... because he doesn't watch his movies!

Depp admits to "Extra's" Terri Seymour that he hasn't seen "Alice in Wonderland" yet (it opens March 5), and he has only seen one movie he and director Tim Burton ever did together... "Edward Scissorhands."

"It's not just Tim's movies, you know, I prefer not to watch myself," says Depp.

When asked what his kids thought of his crazy Mad Hatter look, the actor says, "They stared at me for a minute and a half, like 'Oh my god, it's you!' They were a little freaked out initially, but they liked the Mad Hatter."

And what about this new "Alice in Wonderland" dance craze "The Futterwack?" Burton explains Depp injured himself on set, doing the funky moves, inspired by Lewis Carroll's text. "The doctor said he can't Futterwack for three months. And I only Futterwack in the privacy of my own home. You know, like a singer or dancer. I do it privately." Depp chimes in, "I'm itching to Futterwack. Just don't have it in me today."

Depp was also once again tagged "Sexiest Man Alive" by People magazine. "Oh, boy. One is never really ready for something like that, especially ripe as I am," sighs Depp, to which Burton adds, "Have they seen the 'Mad Hatter' yet?"