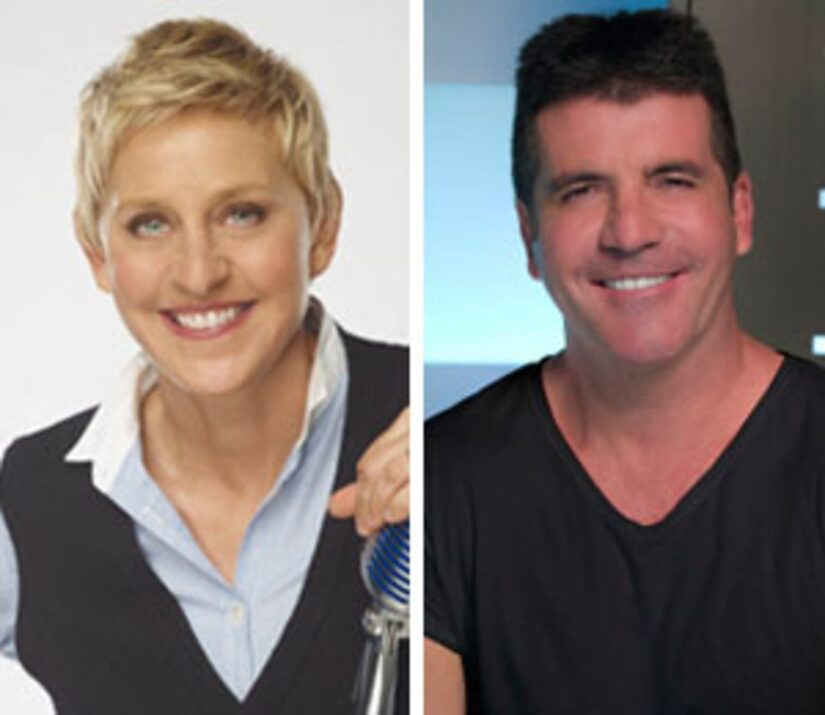 Tuesday night was the first live episode of "American Idol's" season 9 -- and already the judges are having problems!

"Idol" host Ryan Seacrest introduced the judges panel and noted that Ellen DeGeneres and Simon Cowell we're sitting at opposite ends of the table, but the talk show host and tough judge sat side by side for Hollywood week.

"We had a little problem and I felt like it's safer over here," DeGeneres told Seacrest. She continued, "Simon wants me. He's got, like, a thing for me." The jokester said nothing was going to happen between her and Cowell, but she had to show footage to back up her claim.

A clip aired showing DeGeneres and Cowell listening to a performance during Hollywood Week, but Cowell couldn't keep his hand off Ellen's lap! After the gag clip, the audience and judges laughed and Simon smirked and said, "Naughty, naughty!"

Kara DioGuardi joked, "He does that to me too."