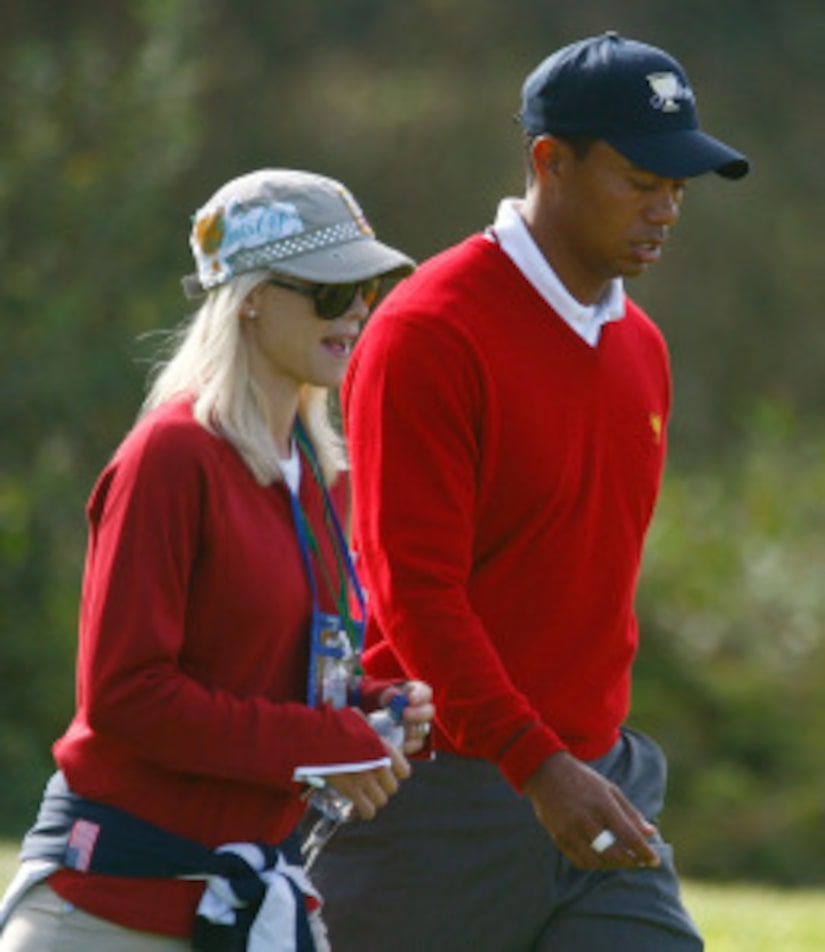 Things may be looking up for Tiger Woods and his wife Elin Nordegren.

After Woods apologized Friday for his many infidelities, RadarOnline reports the pro golfer and his family were seen boarding one of Woods' private jets in Orlando early Saturday evening.

According to Radar, Woods and Nordegren also took in a game of tennis Saturday afternoon before preparing for their flight. They were then spotted surrounded by heavy security heading to the airport in separate vehicles.

In Friday's statement, Woods did not discuss the status of their relationship, but alluded to the his attempts to work it out. "Elin and I have started the process of discussing the damage caused by my behavior. As Elin pointed out to me, my real apology to her will not come in the form of words; it will come from my behavior over time," he said. "We have a lot to discuss; however, what we say to each other will remain between the two of us."