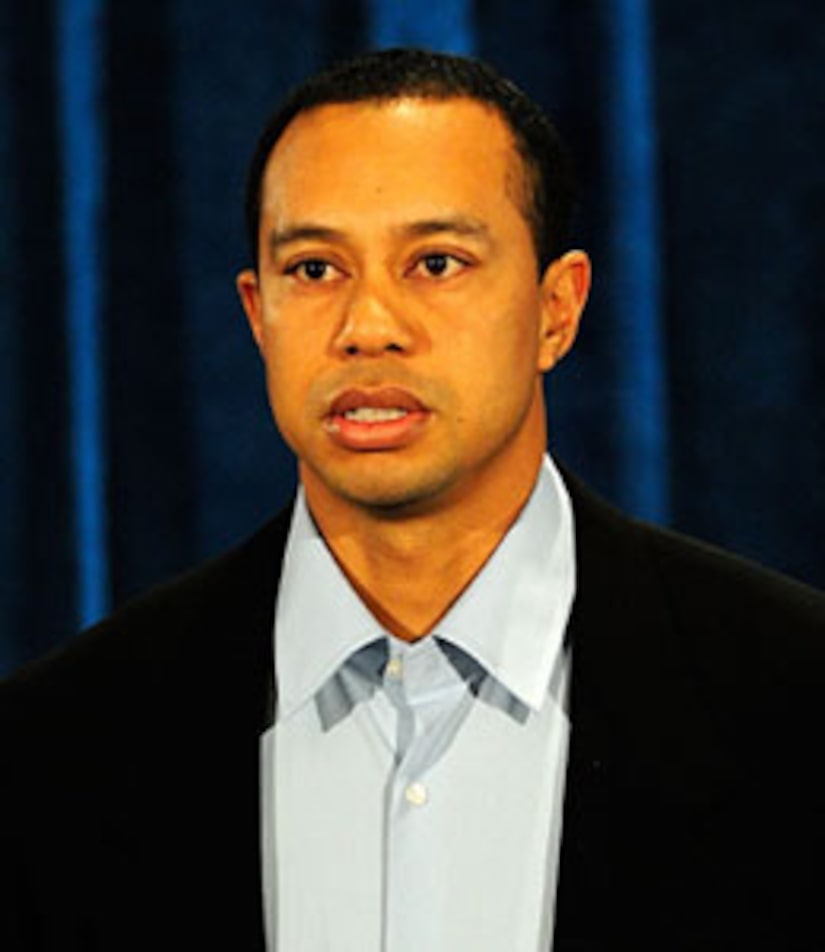 Tiger Woods looked into the camera at a live press conference on Friday and officially apologized during a 15-minute speech. The professional golfer took a big step toward recovery by saying how sorry he was to friends, family and fans.

"Every one of you has reason to be critical of me," he told the small audience at the clubhouse at TPC Sawgrass in Florida. "I'm deeply sorry for my irresponsible and selfish behavior I engaged in."

See photos of the women Tiger Woods is linked to

Woods described himself as a private person, but he wanted to make it clear he has been working on rebuilding his relationship with wife Elin Nordegren.

"Elin and I have started the process of discussing the damage caused by my behavior. As Elin pointed out to me, my real apology to her will not come in the form of words. It will come in my behavior over time."

He also denied that there was ever any physically abusive behavior in his marriage, specifically addressing the alleged row on Thanksgiving.

The athlete also discussed his time in "in-patient therapy," growing up as a Buddhist and his plan to return to the sport he is known for. "I do plan to return to golf one day, I just don't know when that one day will be."

Woods finished his statement and walked to his mother Kultida Woods in the front row. He gave her a long, warm hug and greeted other people in the audience.

"Extra" wants to know: Do you believe Tiger's apology?