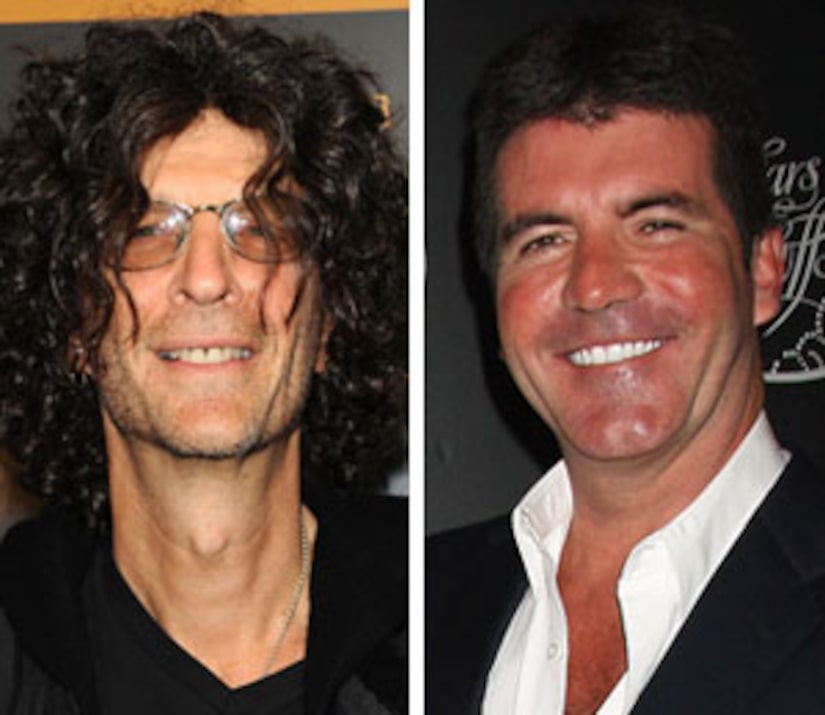 "You've just got to know what you're talking about," Simon told reporters yesterday. "We have to have people on these shows who actually know what they're talking about, rather than just guessing. They've really got to have experience, so that they can not just criticize, but offer constructive advice as well."

Although rumors have been circulating that Stern has been in talks with "American Idol" about joining the show, Cowell said he was "fairly certain" the shock jock hasn't even been approached by the show's producers. Another candidate Cowell dismisses is Madonna, who he says couldn't manage the huge time commitment it would take to be a judge on the show.

The one person Cowell thinks would be fun to have on the show is gossip blogger Perez Hilton, who has his own music label under Warner Music Group.

"Perez would be funny," Cowell said. "He's got good taste in music, he's got a personality, that could work." Then added, "The good news for [the producers] is that there's no shortage of candidates."