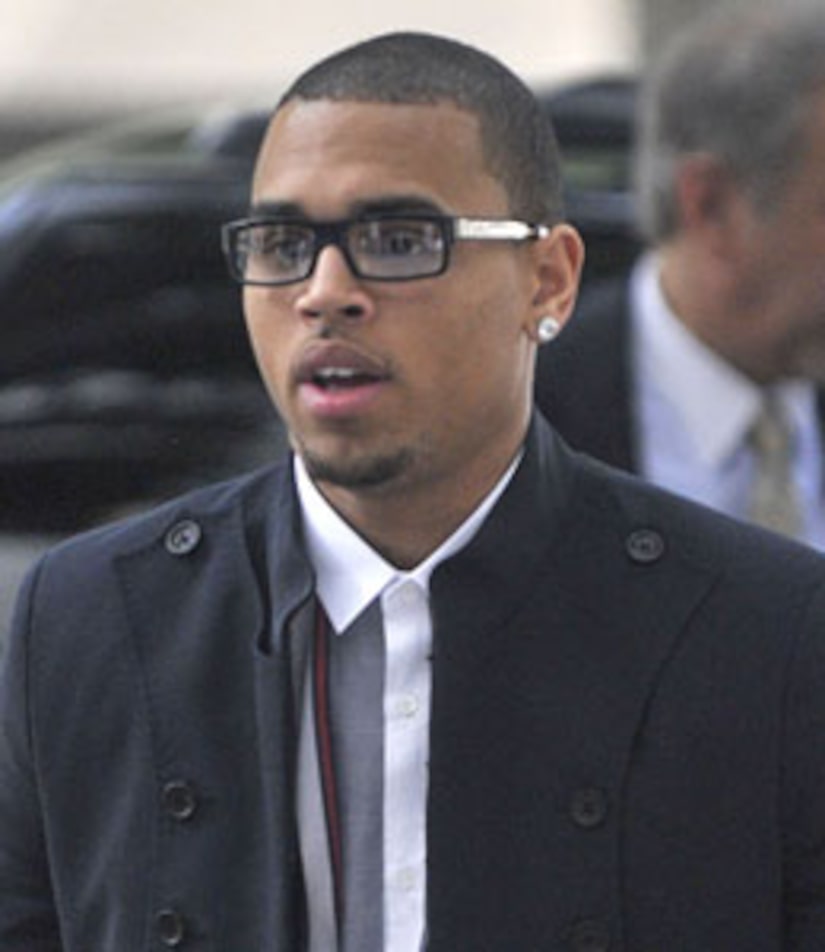 Chris Brown is fulfilling his probation duties with aplomb, so says the judge.

Brown was sentenced to five years probation last August for assaulting his former girlfriend, singer Rihanna, in the much publicized domestic violence incident of last February.

He has also been ordered to attend domestic violence classes, of which he has completed 17 out of 52, as well as perform 6 months of community labor, including cleaning up graffiti, washing cars and maintaining grounds in Virginia, his home state.

"He's in good spirits," MTV's Sway Calloway told People. "He's been doing work and speaking in circles with people who also have been victimized by domestic violence."

"He's learned that when you're a celebrity, public perception is fragile," Calloway adds. "But I think he'll recover. He's a good dude who made a big mistake."

Meanwhile, Rihanna -- who has had almost no contact with Brown due to the court order -- has since moved on to a new boyfriend, L.A. Dodgers center fielder Matt Kemp.