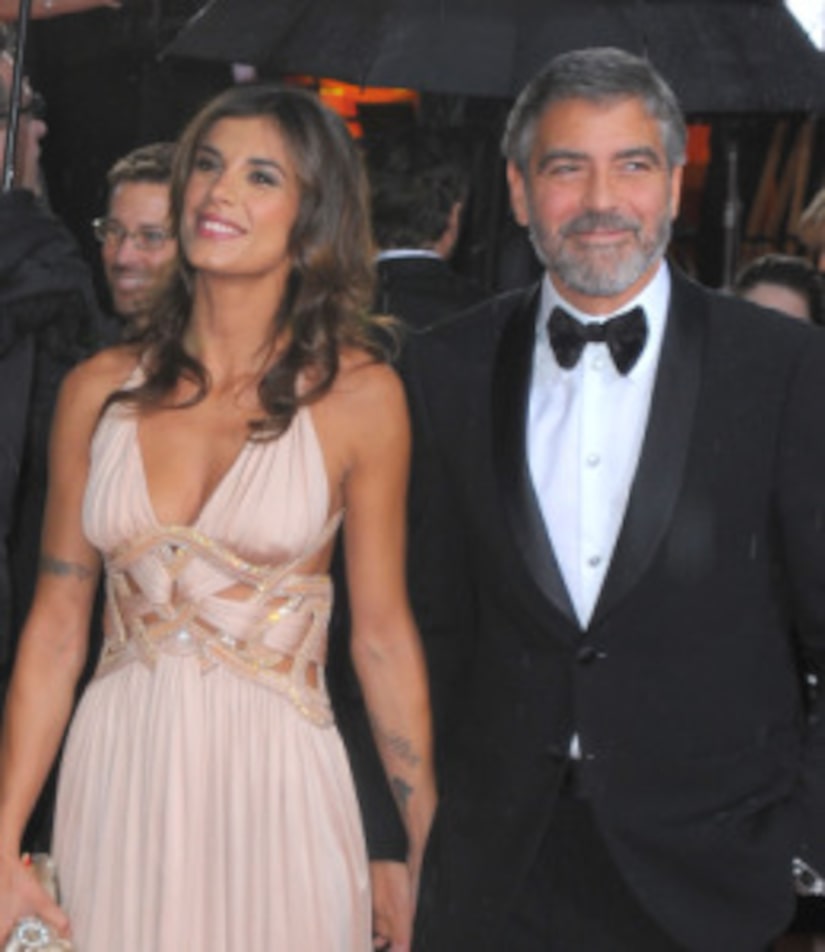 Italian model and TV personality Elisabetta Canalis has the looks, a movie star boyfriend -- AND she can act!

See photos of George and Elisabetta!

Canalis, seen regularly on the arm of George Clooney, is in negotiations to guest star on TNT's "Leverage" in its third season, UsMagazine.com reports. She'll appear in a recurring role as a "mysterious international secret agent." The accent should come in handy!

"She's very excited about the part as well as the chance to break into American television," the source tells Us.

Canalis has Clooney to thank for the break, since his good friend Richard Kind, who stars in "Leverage's" second season finale (airing on Wednesday), put her in touch with the show's producers.

"He told her what a great experience it was and how much he enjoyed it," says the source, "So when the opportunity came up, she was thrilled."

If all goes to plan, the Italian starlet will shoot some of her scenes when she's in the US with Clooney for the March 7th Oscars.