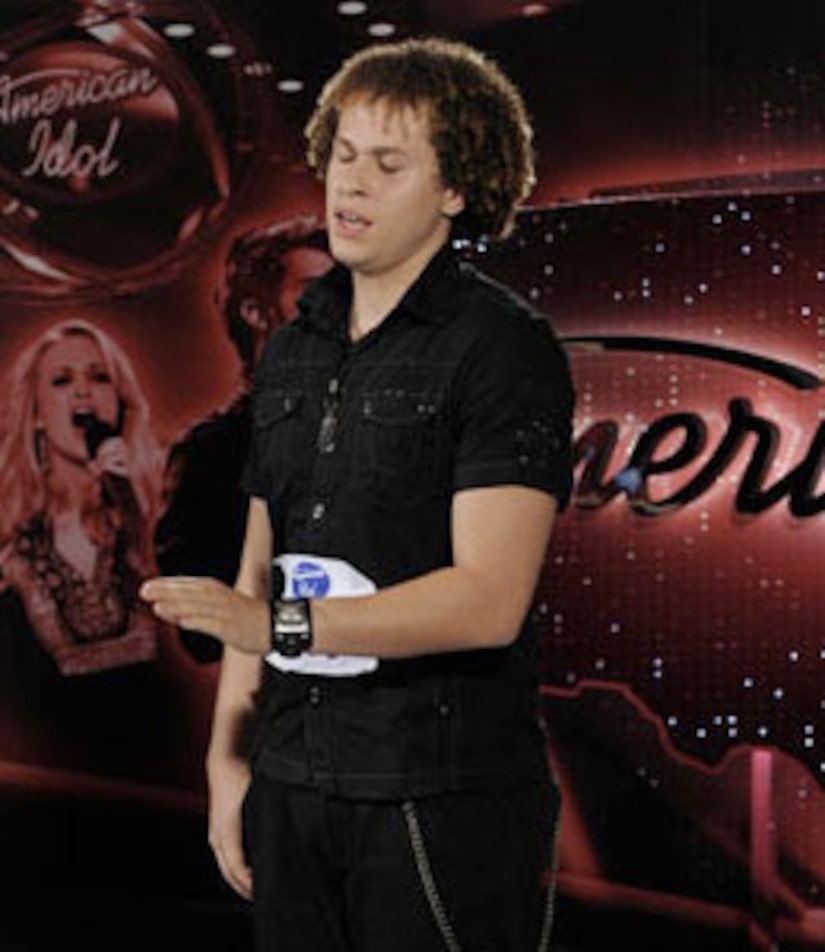 On Wednesday night's "American Idol," the judges chose their 24 semifinalists, but there's been a last-minute change.

Chris Golightly from the Los Angeles auditions was shown in the group shot near the end of the show, but only eleven men were chosen on-screen. During the freestyle dance segment featuring each individual semifinalist, Golightly was replaced by Tim Urban.

"It has been determined that Chris Golightly is ineligible to continue in the competition. 'American Idol' contestant Tim Urban has replaced Golightly as part of the Top 24," FOX said in a statement.

The disqualified contestant reportedly spoke to the "Idol" fan site JoesPlaceBlog.com on Wednesday night after the show aired and said his contract with a previous boy band expired in June 2009, right before his "Idol" audition in July, but it apparently created a problem.

A week ago, Golightly received a phone call from the person who held his previous contract, informing him that he was still under agreement. Sadly, he wasn't able to find a copy of the contract to disprove this until he'd already been disqualified.

After making the top 24, Golightly broke the lease on his apartment to continue in the competition and sold his car to pay off the lease.

Chris Golightly has been in foster care since he was a toddler, and has lived with more than 25 families.