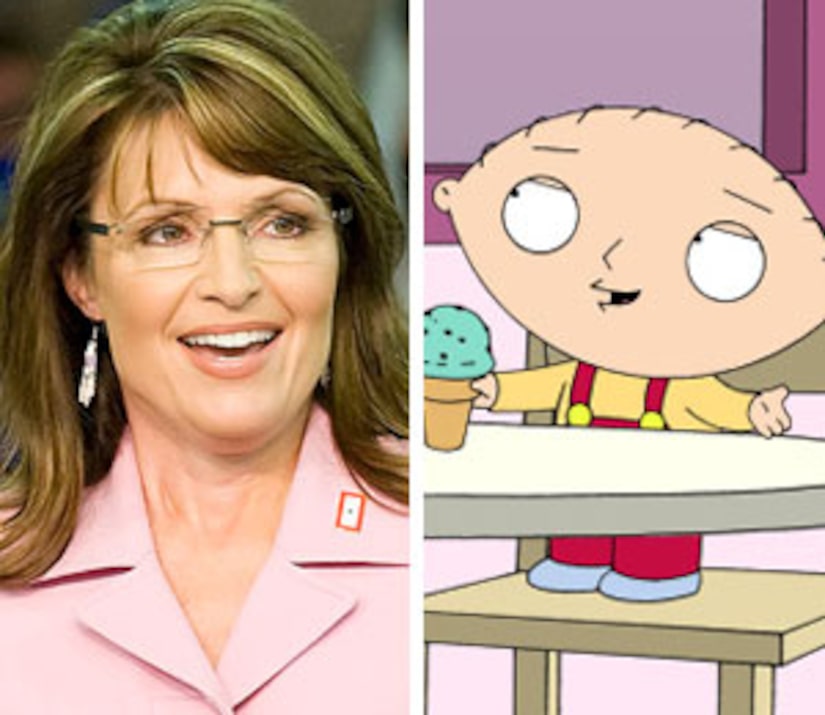 Sarah Palin is upset that "Family Guy" creator Seth McFarlane took an apparent swipe at her 22-month old son, Trig, who has Down Syndrome.

In the animated show's Sunday night episode, a main character, Chris, dates a mentally challenged girl, who tells him, "My dad's an accountant and my mom's the former governor of Alaska," while never mentioning Palin by name.

Palin told Bill O'Reilly that "she felt kicked in the gut" and that "some things just aren't really funny."

HuffingtonPost.com's Andy Borowitz parodied the situation in his blog, saying Palin is offended because she's a "fellow cartoon."

Borowitz further lampooned with, "It always hurts to be attacked, but when you're attacked by one of your own, that's particularly hurting." He suggested a "Cartoon Summit" to discuss the issue and would invite the country's leading cartoon characters, including Homer Simpson, SpongeBob SquarePants and Glenn Beck.

At this point, "Family Guy" creator McFarlane has no comment.