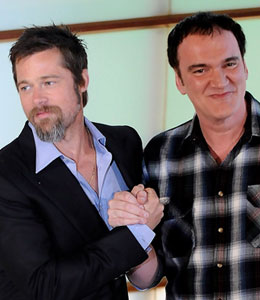 Quentin Tarantino told radio host Howard Stern last year he and pal Brad Pitt liked to smoke weed, but now the director says neither he nor Pitt smoked pot when they were filming "Inglourious Basterds."

See photos of the 2010 Oscar nominees.

Instead, the auteur director must put all his energy into his masterworks. "Inglourious Basterds" has been nominated for several Academy Awards, including Best Picture, and some prognosticators believe it could upset frontrunners "Avatar" and "The Hurt Locker."