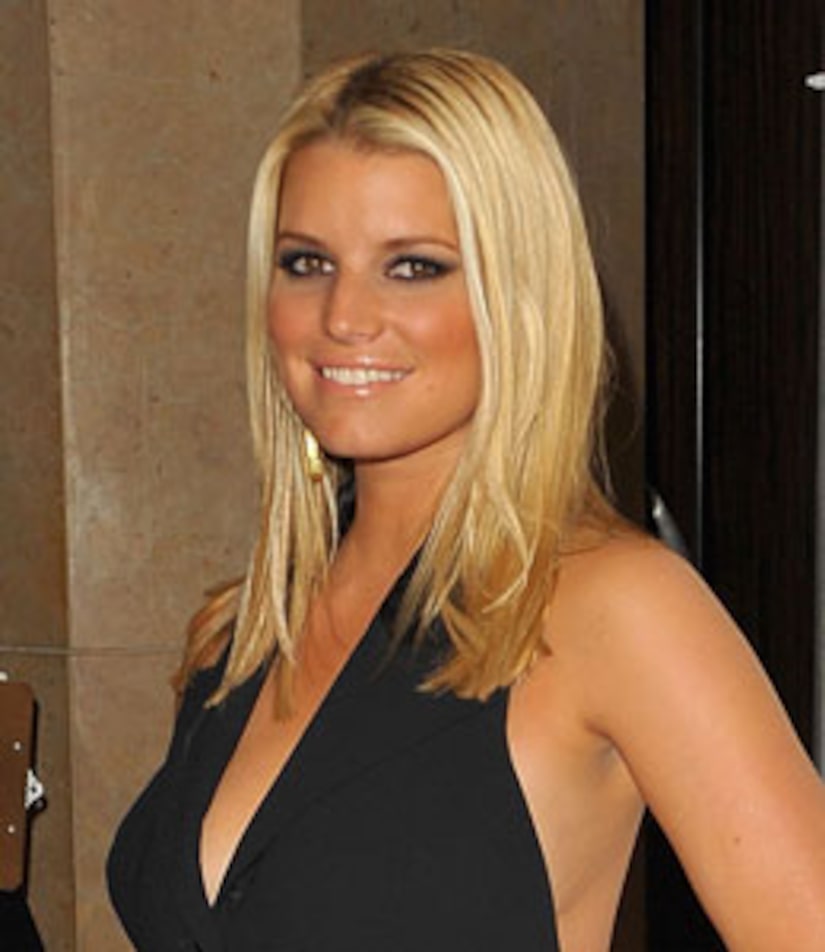 Sexy Jessica Simpson showed off her stems in Daisy Dukes and strutted her stuff in a bikini for her music videos, but she tells Allure magazine that getting naked on camera is completely out of the question.

See photos of stars who have posed nude

"I will never do nudity... I don't care if I frickin' could get an Oscar for it, I'm not going to do it," she dished to the mag. "I don't think people deserve to see what's under my clothing. That's only for my next husband!" she said with a laugh.

Jess also says ex John Mayer wasn't the reason she became a brunette while they dated from 2006 to 2007. "He didn't make me go brunette! John doesn't get credit for making me brunette. He'd like to think so, but he doesn't deserve the credit," she explained.

Mayer recently spoke out about his relationship with Simpson, telling Playboy, "Sexually it was crazy. That's all I'll say. It was like napalm, sexual napalm."

Simpson also confessed that there isn't any bad blood between her and footballer ex Tony Romo. She says she's a big fan of the Cowboys quarterback. "I talked to Tony today. None of my breakups, none of it's been bitter."