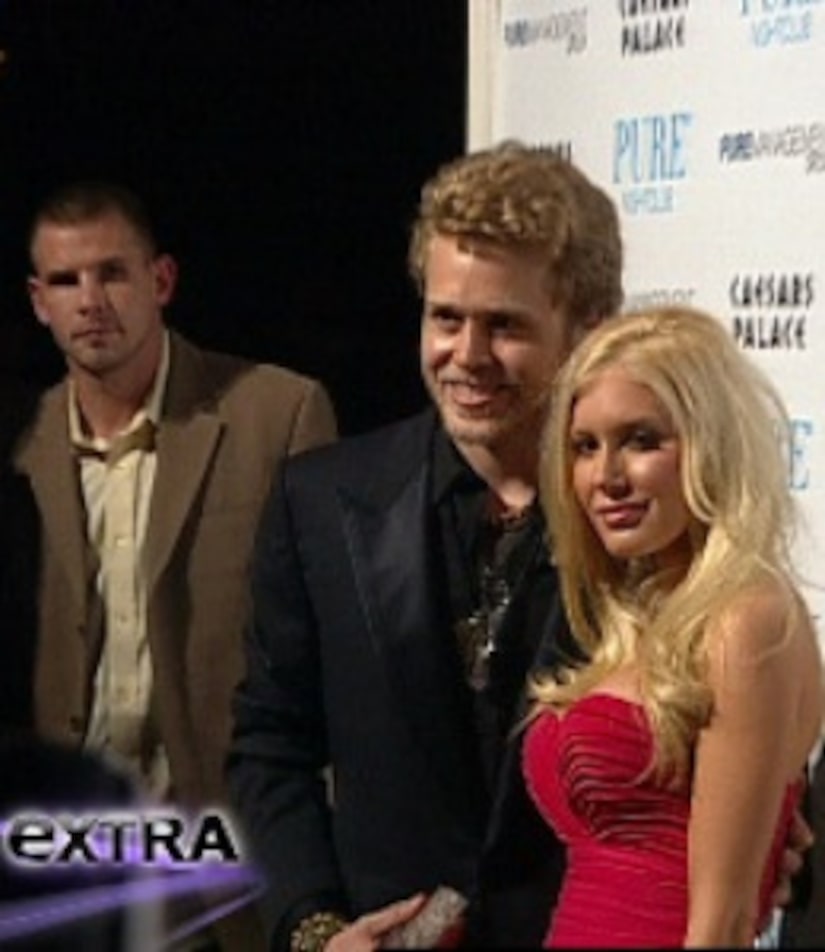 Heidi Montag was at Pure in Las Vegas with husband Spencer Pratt over the weekend, where she dished to "Extra" about posing for Playboy.

"The Hills" starlet confirms that she is indeed posing for the mag again. "Matthew Rolston will be shooting it. I'm very excited to show off my new assets," she said.

Montag first posed for Playboy in September 2009, but the spread featured no nudity. As for her second feature being full nude, "I'm gonna surprise you," said Montag.

This is the first public appearance for the starlet since her 10 plastic surgery procedures in November.

"I was shaking a little bit," said "The Hills" star. "It's a little overwhelming, but it's my first time out of the house. It feels good."

In a previous interview with Us, Montag talked about giving her mom plastic surgery for Mother's Day. She tells "Extra" that her plans for that may have changed.

"I thought my mom wanted plastic surgery for Mother's Day a couple months ago. I think after my surgery she decided I had enough for the family," she said. "You'll see everything unfold on 'The Hills' this season, her full reaction, which I was shocked about. Very hurtful."

Spencer seemed to be a little more supportive of his wife's plastic surgery decision. "It's the same Heidi to me, I'm in love with her spirit," said Pratt.

"He needs more love in his life,"Pratt said about Mayer. "John Mayer's getting caught up in what I got caught up in. You know, the pop culture TMZ, I love famous. Don't get me wrong, I love cameras and lights, you can do that, but not at the expense of other people."

Check out photos of Heidi and Spencer