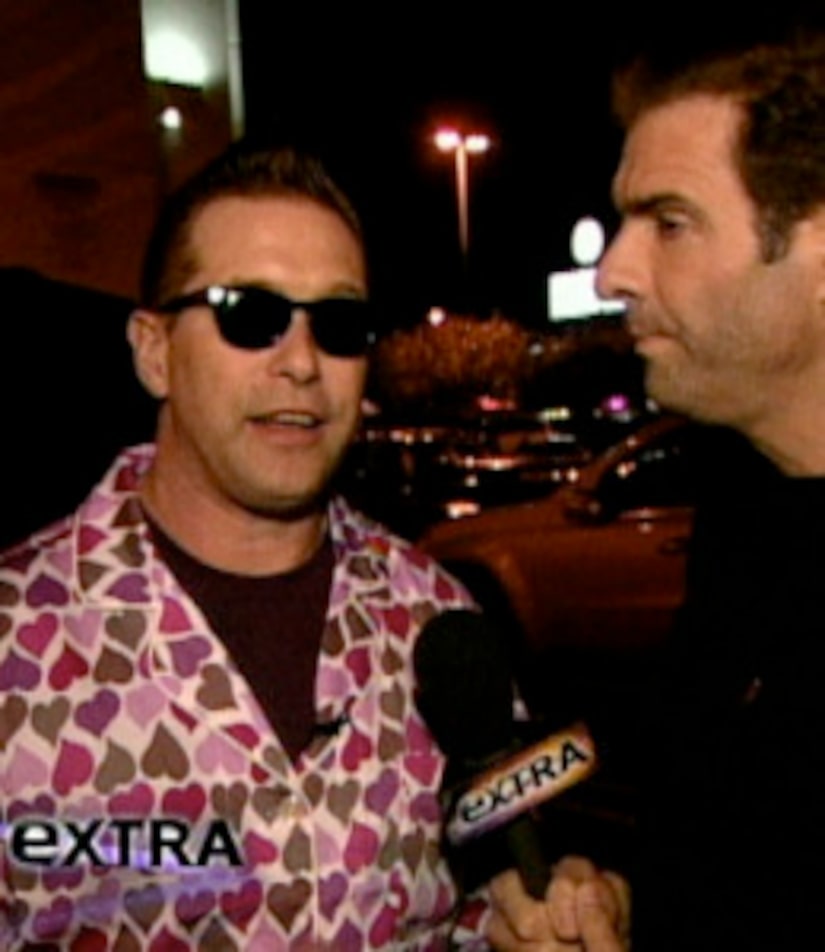 Stephen Baldwin and his family were throwing strikes to fight cancer over the weekend for his mother's breast cancer research foundation, and "Extra" was there to check it out!

The "Bowling After Dark" fundraiser helped raise over $30,000 for the Carol M. Baldwin Breast Cancer fund and was hosted by actor Jason Gedrick.

The entire family had a great time bowling at the pajama-thon, including Stephen's two daughters and Alec's daughter Ireland.

Stephen had a little fun with "Extra's" Jerry Penacoli and got him to wear pajamas that he picked out.

"I think we can kind of go for a gambler's look?" Stephen said jokingly. "I'm kind of feeling these right now."