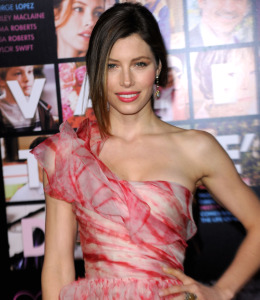 Even celebrities have a bad Valentine's Day story. Check out what Jessica Biel and other stars told Us magazine about their worst Valentine's Day memory. Jessica Biel:  "In fourth grade, I made a big huge card for a boy. I found it in the trash later in the day. It's cool. It's fine. I feel like I am better for it... not that I'm still thinking about it or anything." Khloe Kardashian:  "My worst Valentine's Day that ever was... I think I was like 17 or 18, like the love of my life, like my boyfriend who I was obsessed with in love, my first love, left me on Valentine's Day and moved back home. He just left -- like never said anything. Who leaves on Valentine's Day when you have a girlfriend that you're supposedly in love with? I get it. it was young love, but it really, really sucked, and I think it ruined every Valentine's Day from there on out." Tate Donovan:  "I spent a ridiculous amount of money on a pair of Tiffany diamond stud earrings for a girlfriend -- it wasn't Jen Aniston! I gave them to her at dinner, and she burst into tears and said, 'You don't know me! I never wear studs, only drop earrings.' I was just, like, I can't win." See photos from the "Valentine's Day" movie premiere Hayden Panettiere:  "I went through a bad breakup and spent the day at a restaurant called Birds, where they had an anti-Valentine's Day party. You can hang up notes like I HATE HIM or HE WAS MEAN TO MY DOG and make a voodoo doll out of your ex and poke it." Nicole "Snooki" Polizzi:  "I couldn't go on a date because he lived two hours away. I said I didn't feel well, but really I was hungover because I went out the night before and got trashed." Lauren Conrad:  "In high school, I remember me and my friend were dating best friends and we went to a restaurant and we decorated the table and had presents waiting and had them meet us there on Valentine's Day and my date showed up drunk! I was really bummed. I put hours of work into it and he showed up drunk." Chad Michael Murray:  "A guy friend and I went to California Pizza Kitchen, and a group of pretty girls came over to us and said, 'You guys are gay, right?' I wound up really lonely." Michelle Trachtenberg:  "I once dated a guy who was like, 'Holy s**t, I just made out with Harriet the Spy!' And that's messed up. Don't say that. I was 10, you're 30, it's just weird."