"30 Rock" star Alec Baldwin lashed out at a photographer in NYC Thursday, the same day he was released from the hospital following a 911 call. 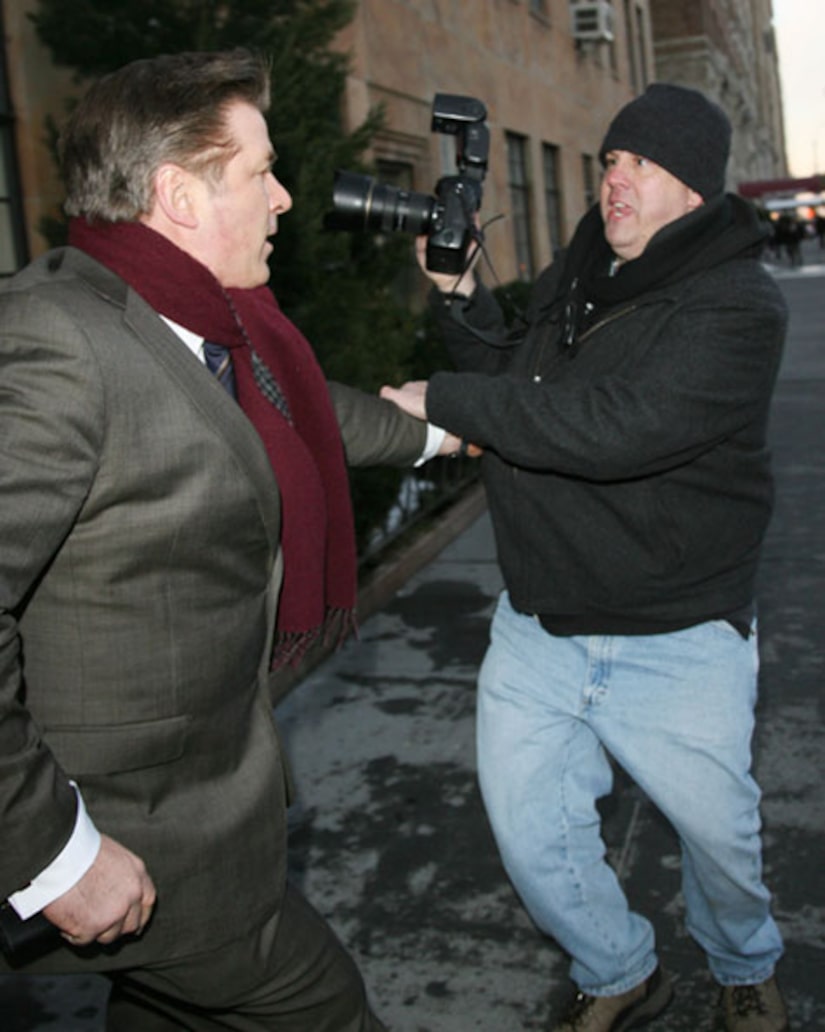 Baldwin yelled at New York Post photographer Tim Wiencis outside his Manhattan apartment. The star allegedly grabbed Wiencis by the collar and police had to pull the actor off of him.

Wiencis told police, "He just assaulted me," but charges were not filed.

Earlier on Thursday, Baldwin was rushed to the hospital after his daughter, Ireland, called 911 saying he was unresponsive. The actor's rep released a statement saying, "This was a misunderstanding on one person's part. Alec was quickly released from the hospital; he's completely fine and will be at work today."

See photos of Baldwin getting ready to host the Oscars

Baldwin is slated to co-host the Oscars with Steve Martin on March 7.