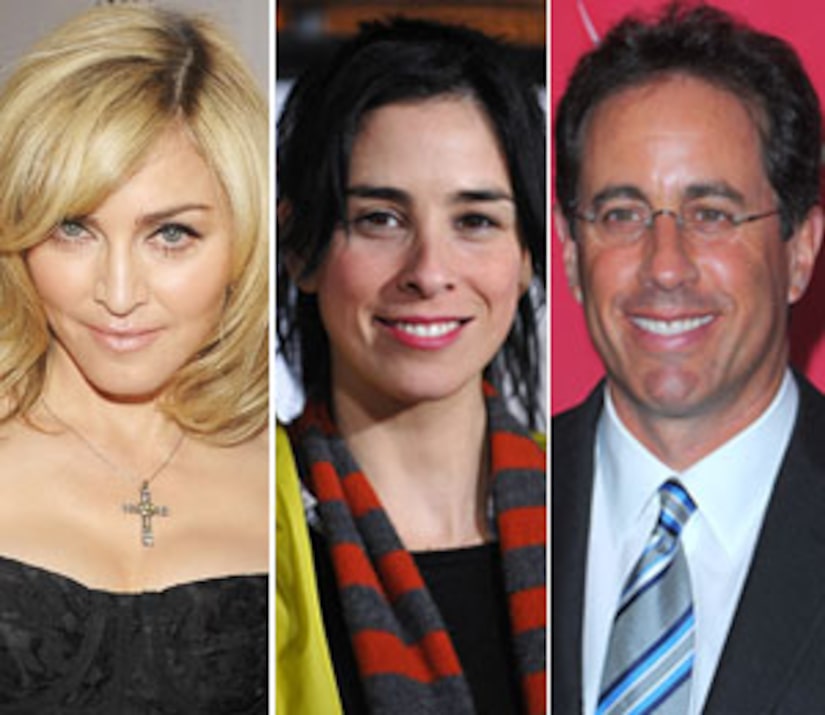 "Extra" has learned what star power will be joining funnyman Jerry Seinfeld on his new show, "The Marriage Ref!"

In the promo for the show (sneak peak airing Sunday, Feb. 28 on NBC), Alec Baldwin and Kelly Ripa candidly comment -- and judge who's right and wrong in real-life disputes between real-life spouses.

"Extra" wants to know: Who do you want to see as a judge on "The Marriage Ref?" Leave a comment below!