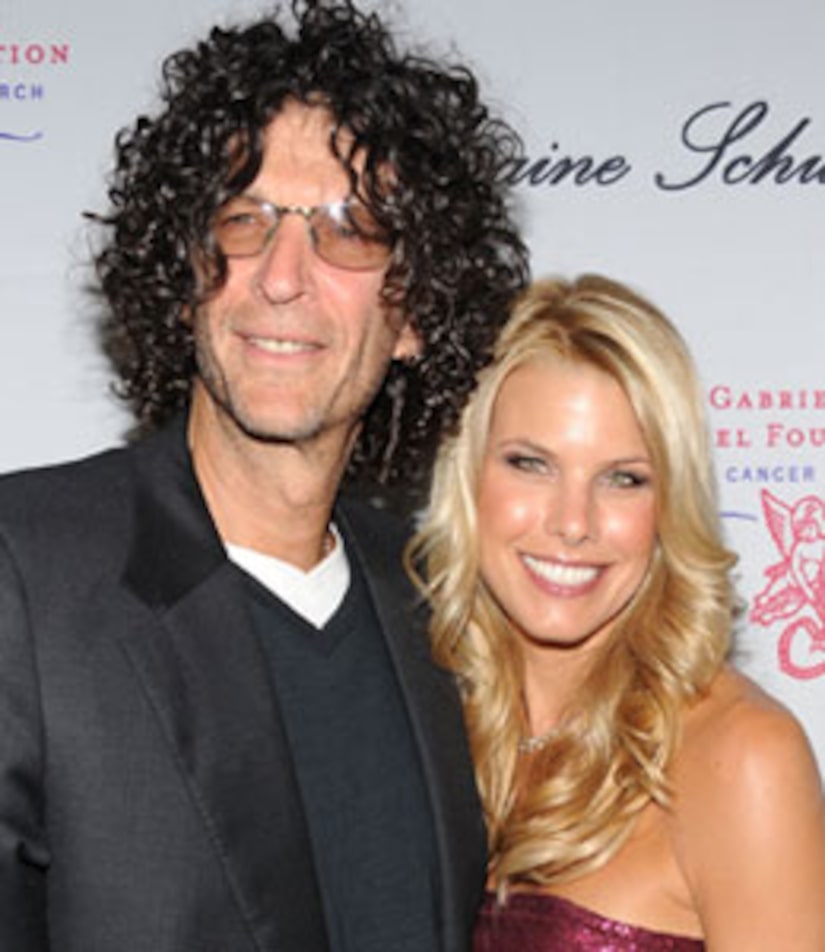 Beth Ostrosky Stern tells "Extra" she's given Howard Stern the stamp of approval to take over for Simon Cowell on "American Idol."

"I personally would love if that happened," Beth tells "Extra" at the Woman's Red Dress Awards in NYC. "I get the honor of sitting next to him every time I watch 'American Idol!'"

The beauty doesn't know if there's an official offer on the table, but says her hubby is "hysterical" and "honest" when they critique the show from their couch at home.

The Parents Television Council spoke out against the shock jock on Thursday, urging parents to sign a petition to keep Stern off the judging panel.

"Extra" wants to know -- Do you think Howard Stern would be a good fit on "Idol"?