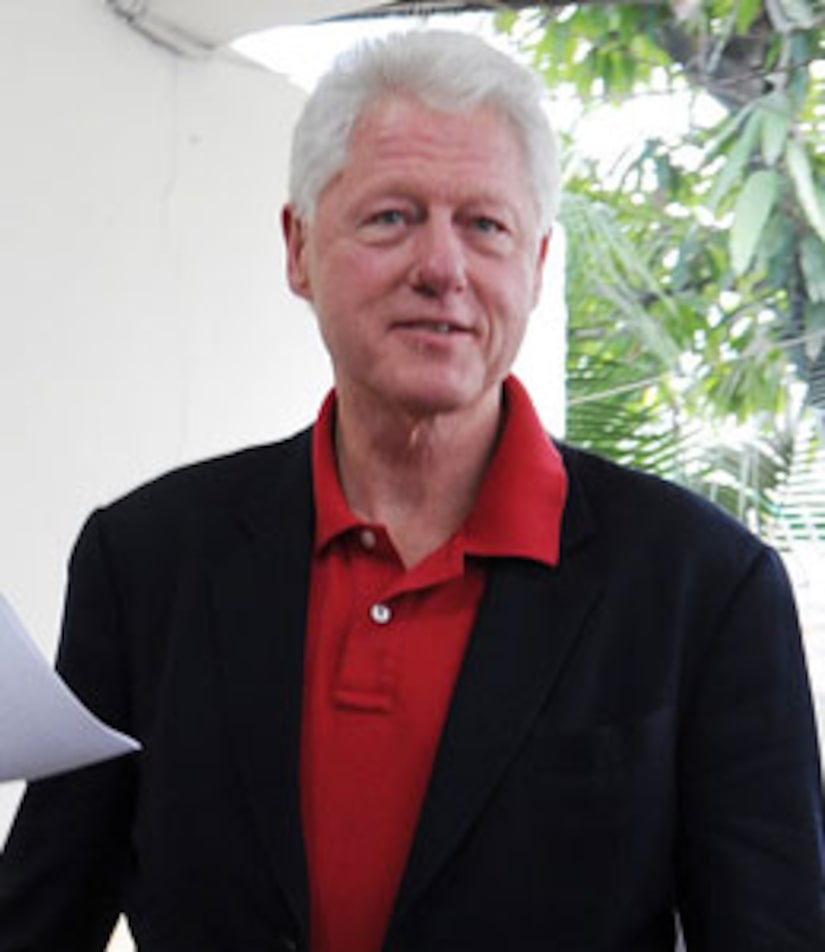 The 63-year-old globetrotting ex prez had two stents placed in his heart after suffering chest pains.

"Today President Bill Clinton was admitted to the Columbia Campus of New York Presbyterian Hospital after feeling discomfort in his chest. Following a visit to his cardiologist, he underwent a procedure to place two stents in one of his coronary arteries. President Clinton is in good spirits, and will continue to focus on the work of his Foundation and Haiti's relief and long-term recovery efforts."

AP reports that Secretary of State Hillary Clinton is on her way from snowbound Washington, DC to New York City to be with her husband. They will celebrate their 35th wedding anniversary this October. Their daughter Chelsea Clinton will be 30 this month.

President Clinton was in Haiti just last week with the UN.