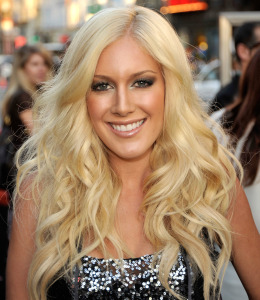 "She is currently speaking with (Playboy photographer) Matthew Rolston about a steamy, soapy, shower concept showing her boobs through the shower door," said the source to MSNBC. "The figure being discussed for the exclusive is in the seven figures."

See photos of Heidi from over the years!

According to an In Touch Weekly source, Montag could really use the money. "She's finally ready to pose topless, so she is negotiating with the magazine."