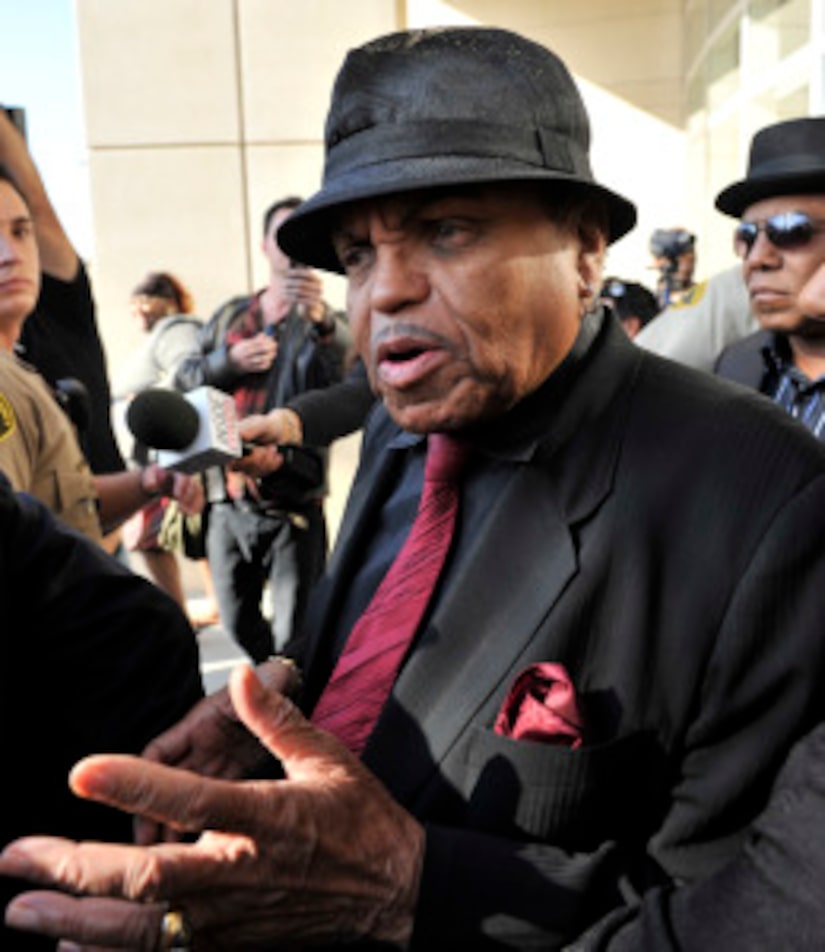 Stage dad Joe Jackson sat down with Larry King after yesterday's hearing to discuss charges against Dr. Conrad Murray in connection with the death of his son, Michael Jackson.

Joe Jackson tells King that Murray is just the "fall guy." That other people had to have been involved in Michael's death.

Joe believes Murray got off too easy and that justice wasn't served. "I was looking for justice. And justice, to me, would be the murder charge."

Brian Oxman, attorney for the Jackson family, was heartbroken by the charges. "This doctor is giving this drug -- this Propofol -- like it was some kind of Sleep-Eze -- or a pill for sleep. It is anesthesia," Oxman told King. "It's dangerous when you do it outside of a hospital and you don't have the resuscitation equipment; you don't have the necessary monitoring of the heartbeat and the pulse and the oxygen level in the body."

Murray was booked yesterday and charged with involuntary manslaughter. He was released on $75,000 bail and is scheduled to be back in court on April 5th.