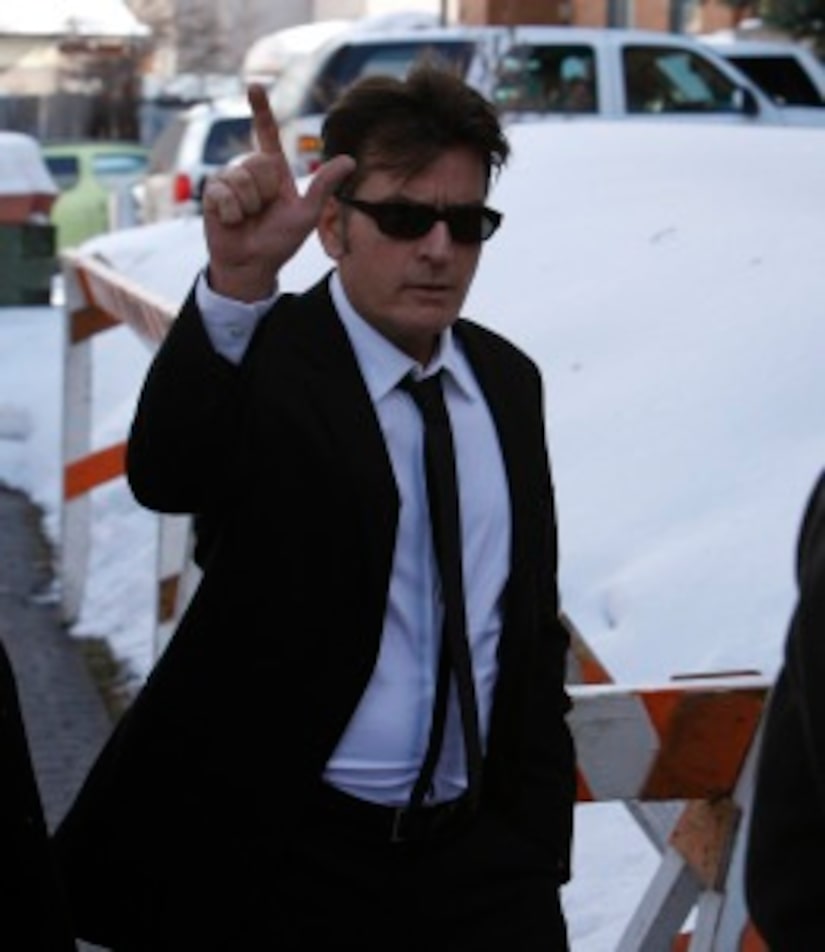 According to law enforcement officials, Charlie Sheen and wife Brooke Mueller will appear in an Aspen court today, where Sheen is set to be charged with felony menacing in connection with his domestic violence arrest on Christmas.

TMZ is reporting that in addition to a felony charge, the "Two and a Half Men" star will be charged with misdemeanor assault. Sources say Sheen would be open to a plea bargain if the plea involves a misdemeanor, but no plea would be entered for 60 days. A plea bargain would preclude a trial.

The two were supposed to face a judge in January, but was delayed because of Mueller's hospitalization for an infection.

Sheen was in the news again last week when his Mercedes-Benz was reportedly stolen and later found crashed off of Mulholland Drive.