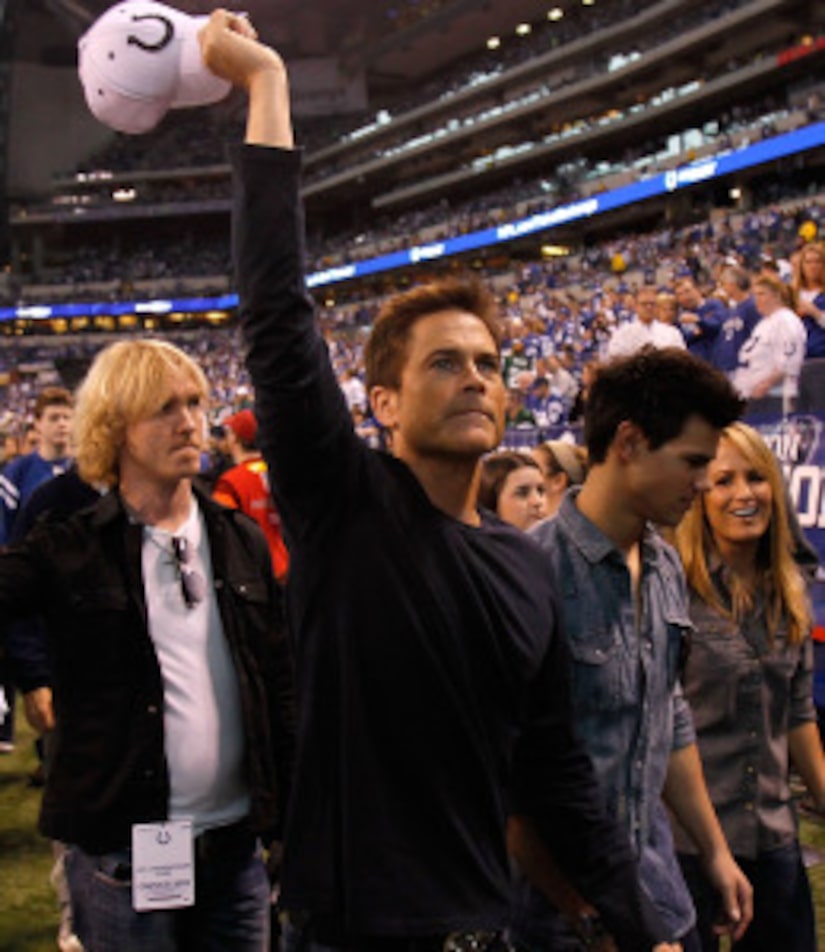 Indianapolis Colts fans Rob Lowe and Taylor Lautner have teamed up along with Lowe's two sons to root for the Colts during the Super Bowl.

"Taylor's another Colts fan and he's such a great guy," Rob told E! Online. "He and I are here for the Super Bowl as well, and I brought my boys with me, so we just have a boys club, who's been traveling around on this amazing Colts run."

Lowe's wife, Sheryl Berkoff is a huge "Twilight" fan, but did not join in on the all boys Super Bowl weekend.

"My wife is the "Twilight" freak in the house and she loves it," he told E!. "She's really funny. I keep giving her reports on where we're going, what we're doing."