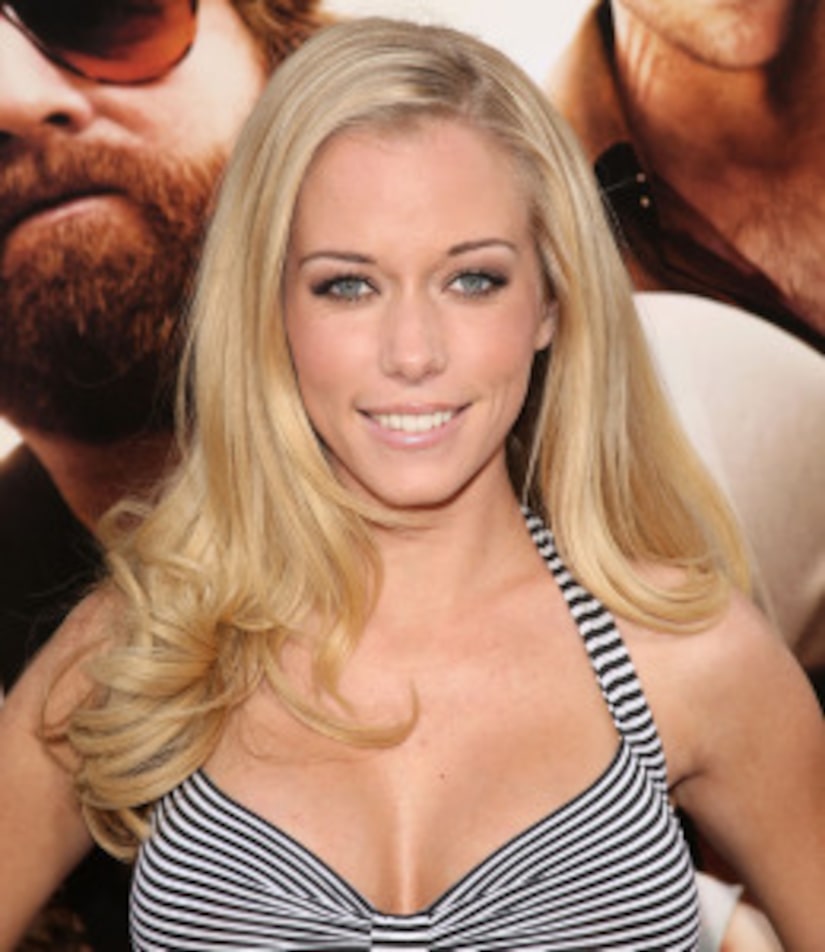 If the Indianapolis Colts win Super Bowl XLIV, expect to see "The Girls Next Door" star Kendra Wilkinson on the field celebrating with her husband, Colts wide receiver Hank Baskett.

"I'm told only two people per player are allowed on the field after the game," Wilkinson told People magazine at a Super Bowl party she hosted Friday night. "His dad and I will run out there, and I will jump in my husband's lap while grandma stays behind and holds little Hank!"

The new mom plans on watching the game from box seats with her mother and 2-month-old son Hank Baskett IV.

"Little Hank will be wearing earphones so the noise doesn't overwhelm him," the star told People. "I love every minute of every day I spend with him because he is constantly changing. He focuses on me and likes to imitate what I say and do."