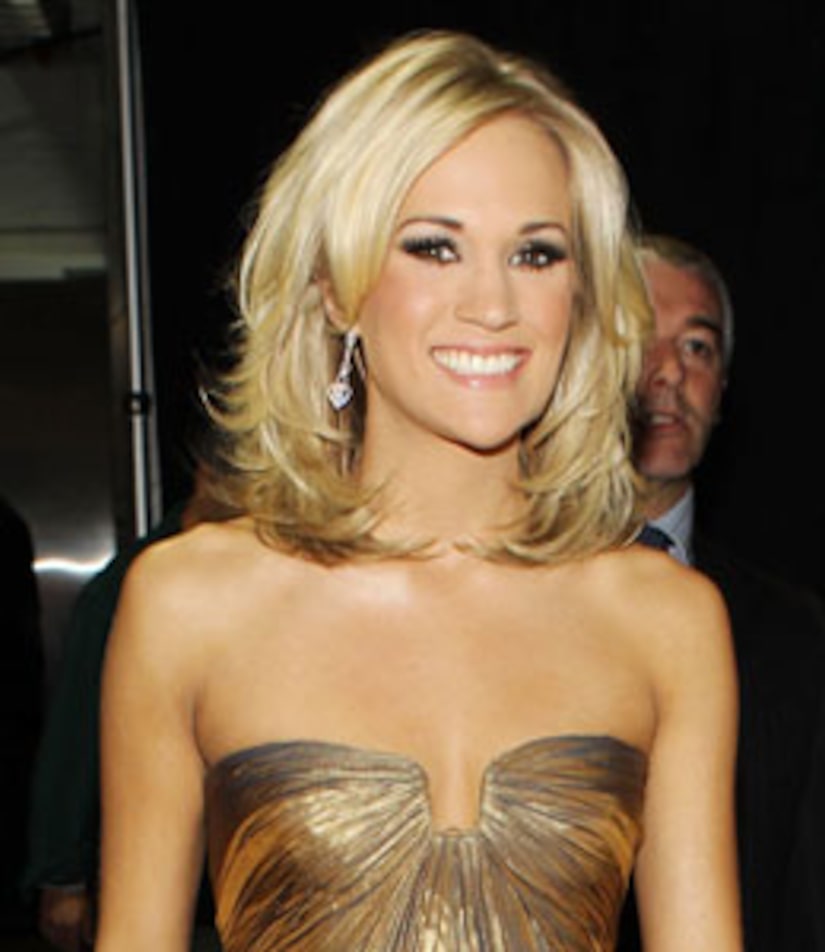 She's gone from "American Idol" to the top of the music charts -- now Carrie Underwood is taking a shot at the box office!

Carrie is set to film in Oahu, Hawaii this weekend on the flick "Soul Surfer, based of the real-life story of teen surfer Bethany Hamilton, who lost her left arm to a shark in October 2003.

See photos of Carrie and other stars at the Grammys

The country starlet will also sing the National Anthem this weekend at the Super Bowl in Miami, and her tour kicks off next month. "Soul Surfer" is expected to be released sometime this summer.