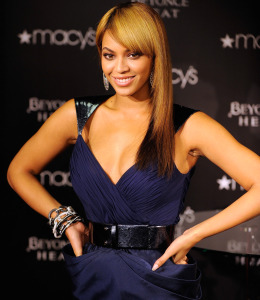 In the past five days, Beyoncé has won a record-breaking six Grammys, launched a new fragrance line, and will cap it all off this Sunday by showing her best moves in a 60-second ad for Vizio during the Super Bowl.

HDTV giant Vizio will feature the pop diva singing and dancing under the direction of Oscar-nominated cinematographer Wally Pfister.

See photos of Beyoncé over the years

Thirty seconds of airtime for an ad during the Super Bowl is priced at a hefty $2.5 - 2.8 million this year.