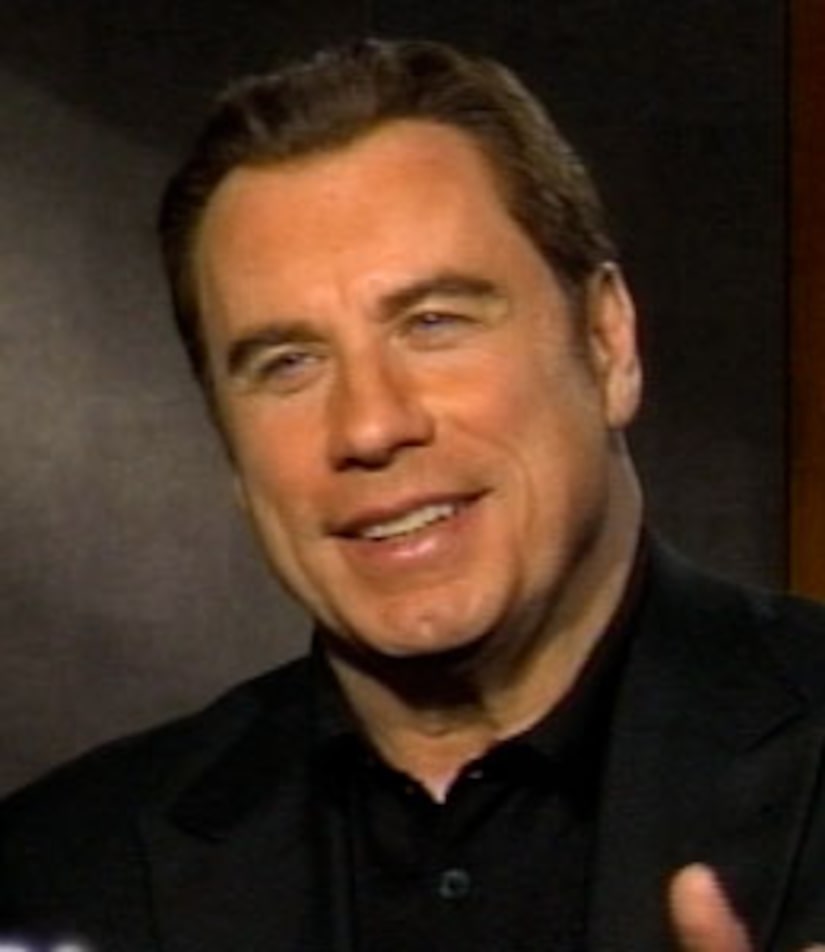 John Travolta is talking to "Extra" about reports he turned down the opportunity to go to space, courtesy of Sir Richard Branson.

Branson's Virgin Galactic has plans to fly people into space as tourists.

"It's not that I turned it down," Travolta tells "Extra's" AJ Calloway at the NYC press junket for his new film "From Paris with Love." He continued, "It would take six months of my schedule for that, and unless you could be subsidized, it would be hard to take off."

When Travolta returned, he told "Extra" of the relief effort, "This plane sits in our backyard and to have a plane sitting there empty when in two hours from now you could be in Haiti filled with supplies, filled with doctors. It just makes sense."