Heiress-turned-perfumer Paris Hilton posted a photo of herself on Twitter in Marilyn Monroe-esque hair and makeup. 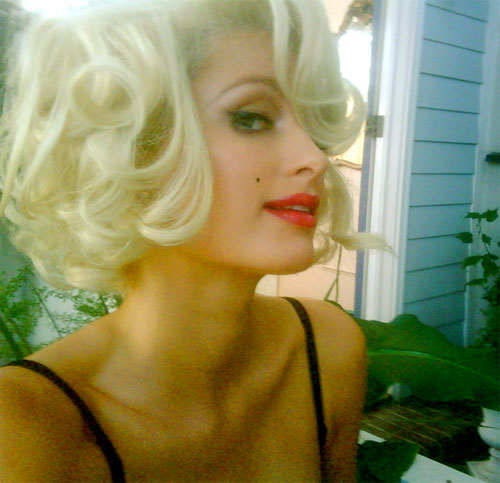 "On set today at my new fragrance campaign photo shoot -- a la Marilyn Monroe," Hilton wrote. The 28-year-old already has nine different fragrances for men and women on the market.

An hour later, Hilton Tweeted to say she was back home watching the Mike Tyson documentary from her bed.