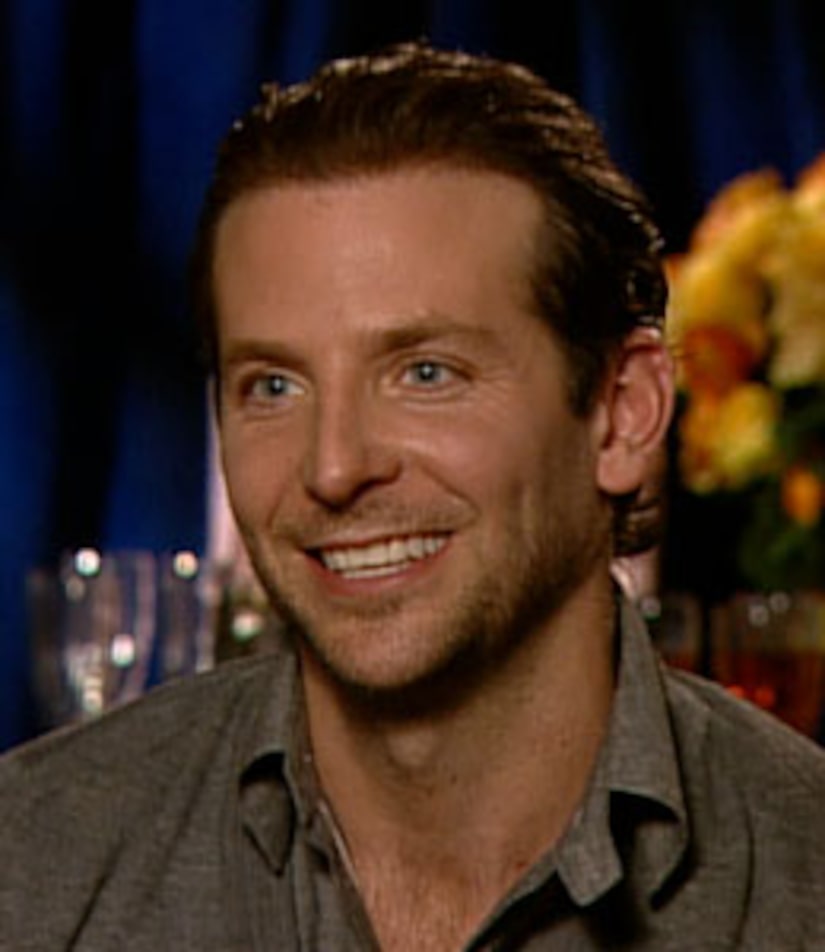 Is Bradley Cooper looking to put a ring on it? Tongues have been wagging online that the hottie "Hangover" star was spotted shopping for an engagement ring for rumored girlfriend Renée Zellweger, but the actor tells "Extra" it's just not true!

"That's so crazy," Cooper told "Extra" at an interview promoting his upcoming flick, "Valentine's Day" (in theaters Feb. 12). "It's nuts the stuff that's made up."

He says the story is "Totally not true."

See photos of Bradley and other sex symbols of the decade

While Bradley says he usually lets the silly tabloid stories slide off his back, there was another rumor about his pet dog that was so out of line, he had to mention it out of ridiculousness.

"My dog just recently died and there was a thing that just came out," he dished. "It said I just spent all this money taking my dog to this spa."