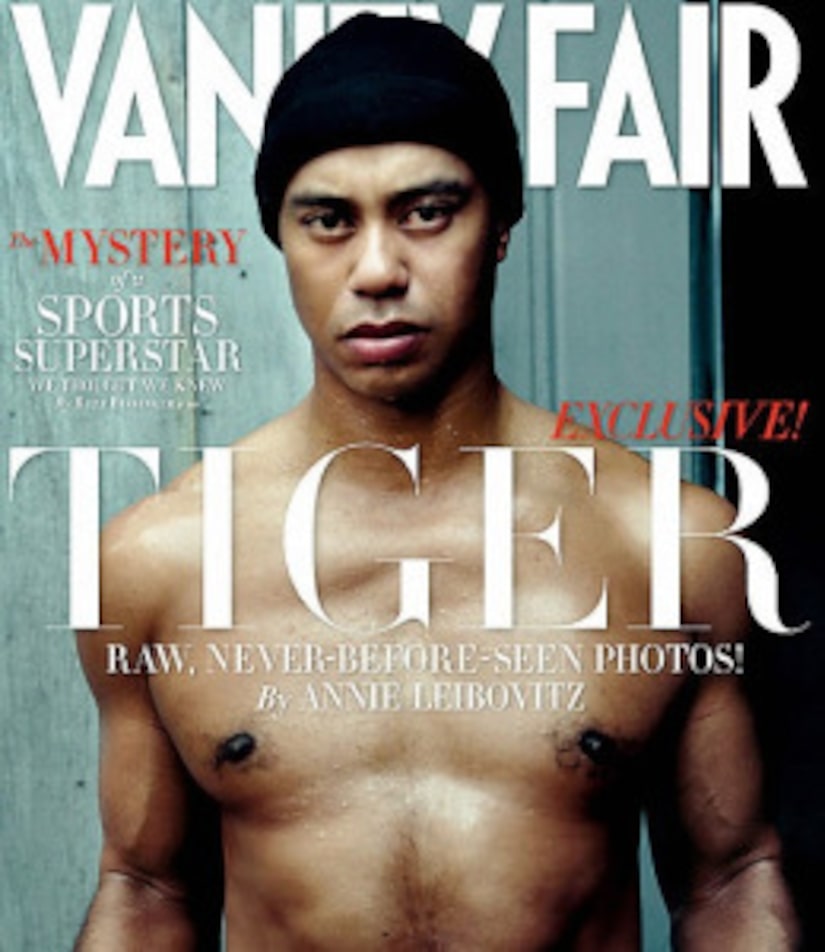 A Publix grocery store in Orlando, Fla. placed a white plastic sheet over a stack of Vanity Fair's February issue, which features a shirtless Tiger Woods. The supermarket chain does this when it considers a magazine cover to contain objectionable content, reports the Orlando Sentinel.

The same Publix also displays an issue of Muscle & Fitness magazine which features a picture of Dwayne "The Rock" Johnson, also shirtless, but not shielded.

"Individual Publix stores decide which magazine covers merit being hidden," explained Publix spokesman Dwaine Stevens. "Store management can decide to cover a magazine based on the nature of the cover or if customers complain."

Famous celebrity photographer Annie Leibovitz took the Tiger Woods photo a few years ago and sold it to Vanity Fair after his multiple infidelities became an international scandal.