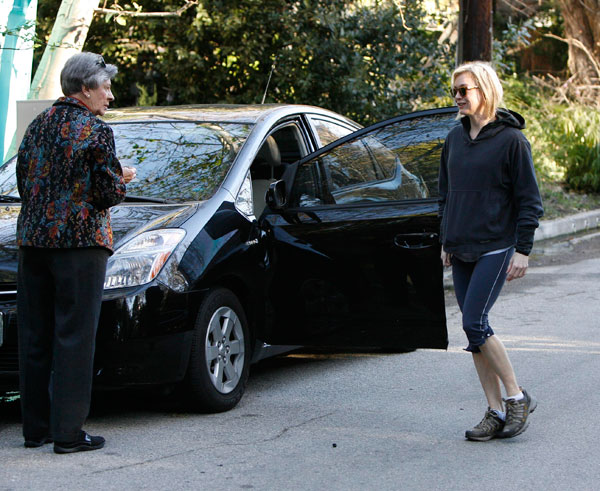 It appears that Zellweger, who was clad in a workout ensemble, was unharmed -- but her car suffered a minor dent on the driver's side door. The actress actually hugged the woman who hit her car and the two shared a laugh!

Zellweger's actor beau, Bradley Cooper, showed up and made sure his leading lady was a-okay.

Inside Zoe Saldana's First Family Vacation with the Twins 7