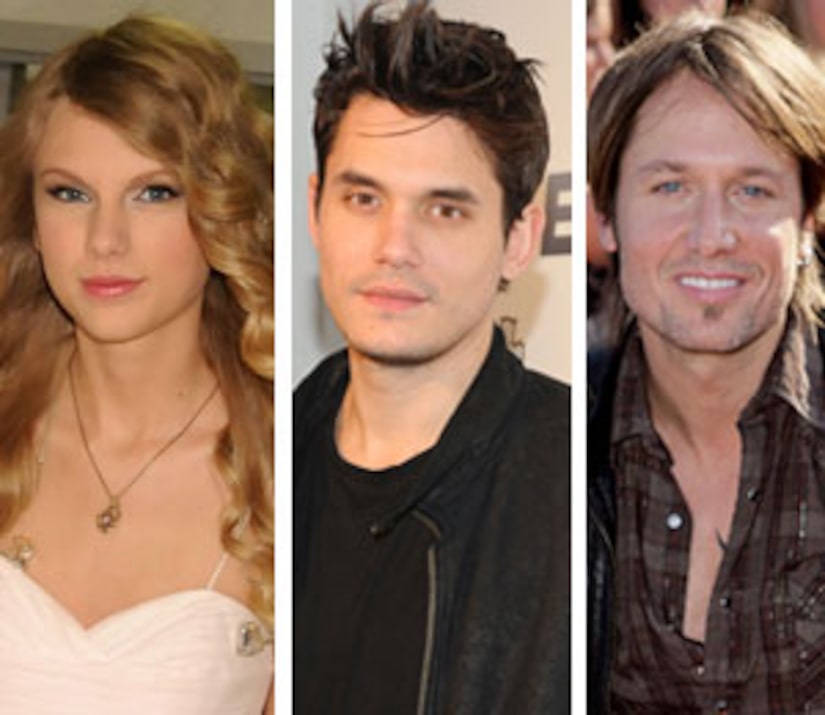 Country cutie Taylor Swift couldn't miss one of the biggest musical collaborations of the year!

The 20-year-old songstress sat in the fifth row with her mom for a taping of CMT's "Crossroads" with Keith Urban and John Mayer in Nashville on Tuesday night.

See Taylor and other 2010 Grammy nominees

The special will air later this year on CMT.

People magazine reports Swift did a little performing of her own -- she sang along in the audience.