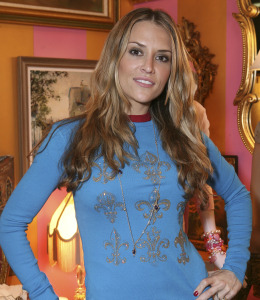 "Extra" has learned that Brooke Mueller has not checked into rehab, despite reports to the contrary.

Mueller's lawyer, Yale Galanter, told "Extra" that Mueller is not in rehab. "She is in North Carolina with her mom for some R&R pursuant to doctors orders. She is still recovering from her recent infection and pneumonia."

Mueller and Sheen have a rescheduled court date in Aspen for February 8th, and Galanter told "Extra" that Brooke should be healthy enough to attend.

Mueller was hospitalized last week for an infection she developed after the removal of an impacted wisdom tooth.

Mueller was reportedly visited in the hospital by husband Charlie Sheen, despite a court protective order following their domestic violence dispute on Christmas Day, which ended in his arrest.

Although Mueller's attorney says she is not in rehab, RadarOnline reports her stepfather says she is.