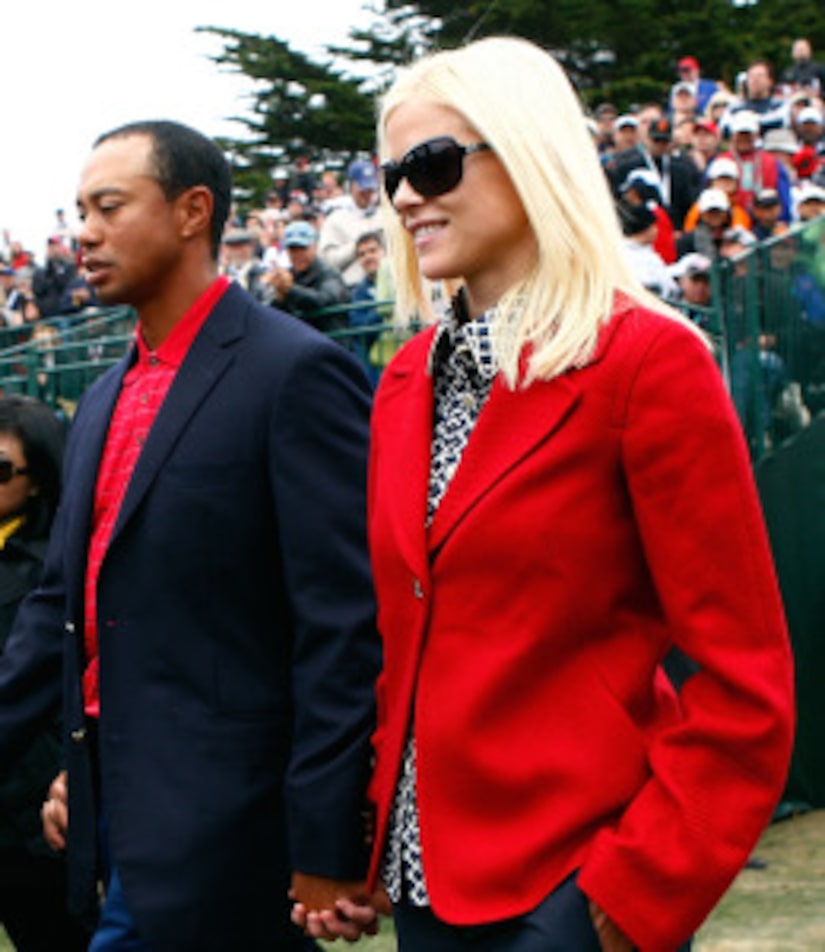 Elin Nordegren returned to Orlando, Fla. on Sunday after spending a week with estranged husband Tiger Woods, who is in a sex rehab clinic in Mississippi. RadarOnline is reporting that she has now agreed to try to salvage their marriage.

After Tiger was linked to various women, Nordegren decided to leave Woods, but has not yet filed divorce papers. Tiger sought treatment to save his marriage -- and so far it appears to be working. "He told her he's serious about making it work and doing whatever he can," an unknown source told RadarOnline.

Meanwhile, Vancouver's The Province is reporting that their may be yet another woman in the Tiger Woods mistress scandal, with sources saying that Canadian resident Emma Rotherham, 42, may be in the US illegally. Rotherham was reportedly given $500,000 in hush money to keep her Tiger affair under wraps.

Rotherham allegedly met Woods at Orlando's Blue Martini nightclub in May 2008. "Tiger couldn't keep his eyes off her. You could see he was making a play for her..." a source told New of the World.