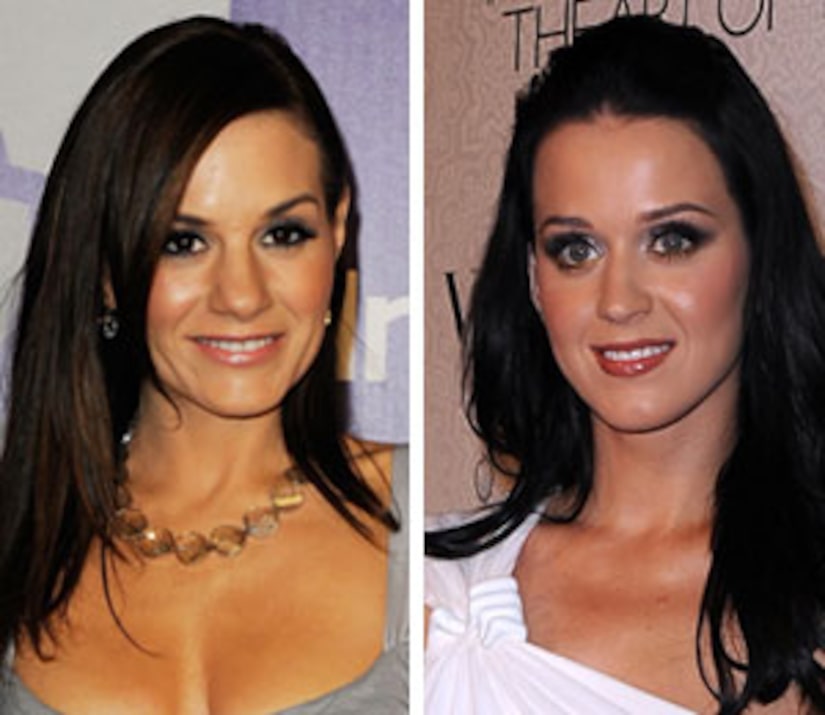 Katy Perry filled the empty seat for the Los Angeles "American Idol" auditions, and the "Waking Up in Vegas" songstress clearly had a tough time getting along with judge Kara DioGuardi!

When DioGuardi would want to send an "Idol" hopeful to the next round, Perry disagreed and gave them a "no." "We used to be friends. We were, like, cool," DioGuardi said jokingly during Tuesday night's episode.

Auditioner Chris Golightly made the ladies bring out the claws! Golightly, who grew up in the foster care system, explained his challenging childhood story to host Ryan Seacrest and sang the classic "Stand by Me" for the judges.

Once he finished singing, judge Randy Jackson said, "I like you, man. There's something very interesting about you. I actually like the voice too."

DioGuardi spoke next, and said, "Chris, you are one of my favorites today, if not my favorite and the reason is that I think we may look back at this audition and go, 'Wow.'" She continued, "You're the kind of kid who has just enough talent, and just enough of a story and pain and stuff that you've gone through in your life to really connect with it and I think you're only going to get better."

Perry sat up in her chair quipped, "This is not a Lifetime movie, sweetheart."

"Yes, exactly!" Simon Cowell said and chuckled. DioGuardi and Perry then both agreed Golightly had "an amazing story" but Perry interjected, "You have to have talent!"

Then DioGuardi let a curse word slip and declared, "She told me!"

After the bickering came to a halt, Randy decided for the judges that Chris Golightly would continue on to the Hollywood round.