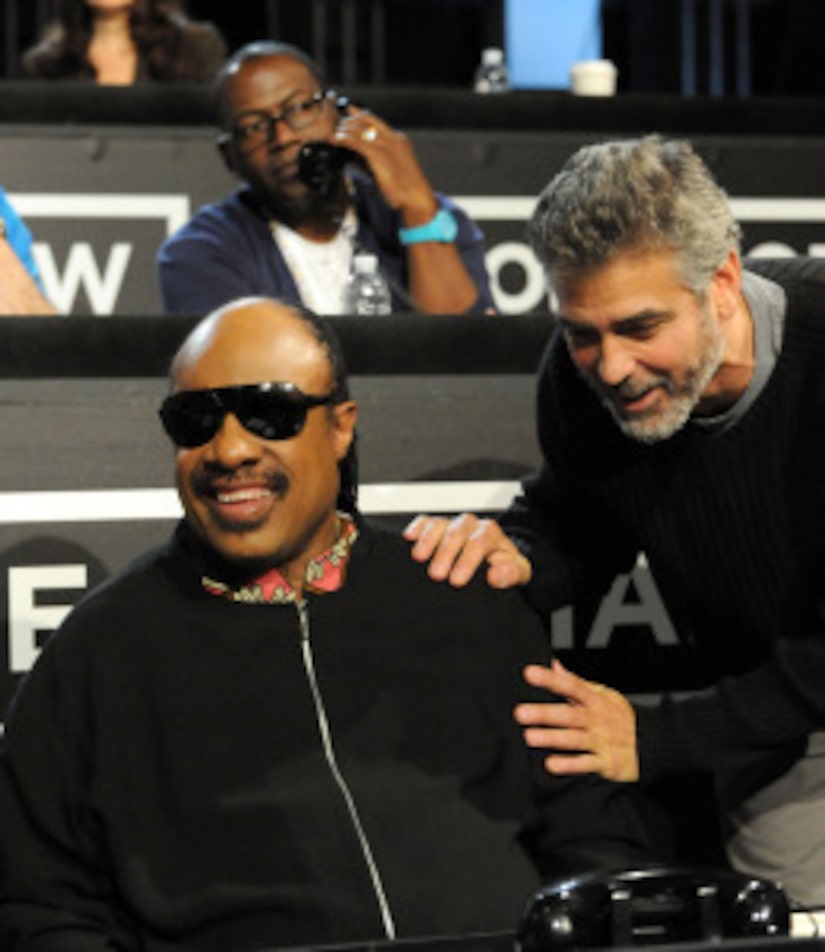 "Hope for Haiti Now: A Global Benefit for Earthquake Relief" telethon set a new record for donations received during a disaster relief telethon.

Hosted by George Clooney, the telethon raised $57 million to help rebuild Haiti after the tragic 7.0 magnitude earthquake on Jan. 12th. Viewers were able to donate via phone, online and mobile. Oscar winner Reese Witherspoon and Stevie Wonder were just two of the hundreds of celebs that were taking your donations by telephone.

Also to raise funds, telethon performances from Madonna and many more were recorded live for the "Hope for Haiti Now" album, which is the biggest one-day album pre-order in iTunes history.

You can continue to donate to "Hope for Haiti Now" for the next 6 months via phone, web or text.