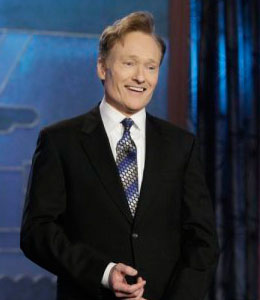 After seven months, Conan O'Brien's reign as host of "The Tonight Show" came to an end on Friday.

"We've a had a lot of fun being here these last seven months, but like everything in life, the fun has to come to an end a decade too early," O'Brien said in his monologue. "As I set off for exciting new career opportunities, I just want to make one thing clear to everyone listening out there: I will do nudity."

This week, the comedian and NBC reached a $45-million deal where he earns $33 million and the rest goes to his staff. Jay Leno will return to host "The Tonight Show" March 1.

O'Brien wrapped up his final show by thanking NBC and explaining how difficult it was for him to leave "The Tonight Show."

"Walking away from 'The Tonight Show' is the hardest thing I have ever had to do. Making this choice has been enormously difficult," O'Brien continued. "This is the best job in the world, I absolutely love doing it, and I have the best staff and crew in the history of the medium. But despite this sense of loss, I really feel this should be a happy moment. Every comedian dreams of hosting 'The Tonight Show' and, for seven months, I got to. I did it my way, with people I love, and I do not regret a second. I've had more good fortune than anyone I know and if our next gig is doing a show in a 7-11 parking lot, we'll find a way to make it fun."

Conan also was very grateful to all his fans.

"Finally, I have to say something to our fans. The massive outpouring of support and passion from so many people has been overwhelming. The rallies, the signs, all the goofy, outrageous creativity on the Internet, and the fact that people have traveled long distances and camped out all night in the pouring rain to be in our audience, made a sad situation joyous and inspirational. To all the people watching, I can never thank you enough for your kindness to me and I'll think about it for the rest of my life."

Check out Conan's best moments on "The Tonight Show!" 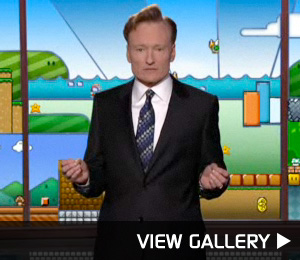