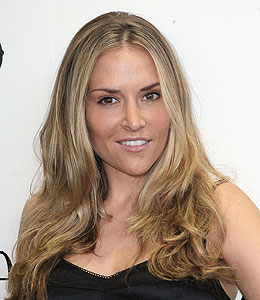 The oral infection that delayed Charlie Sheen's wife's court appearance has "spread," causing the 32-year-old Brooke Mueller to be rushed to the hospital late last night.

"Brooke is in the hospital ICU related to the surgery for her impacted wisdom tooth," Galanter told People magazine. "They are trying to get the infection and fever under control. The infection has spread."

Mueller has a 105-degree fever caused by an infection she contracted after oral surgery earlier this week.

Despite a protective order, TMZ reports that Brooke's husband Charlie Sheen visited her today in the hospital.

"Mueller wants to be able to communicate with her husband and hopes they can go back together as a family with their 9-month-old twins, Bob and Max," Galanter says.

The couple was scheduled to appear in a Colorado court today, where Charlie faces charges of felony menacing, second-degree assault and criminal mischief. The hearing has been postponed until Friday.